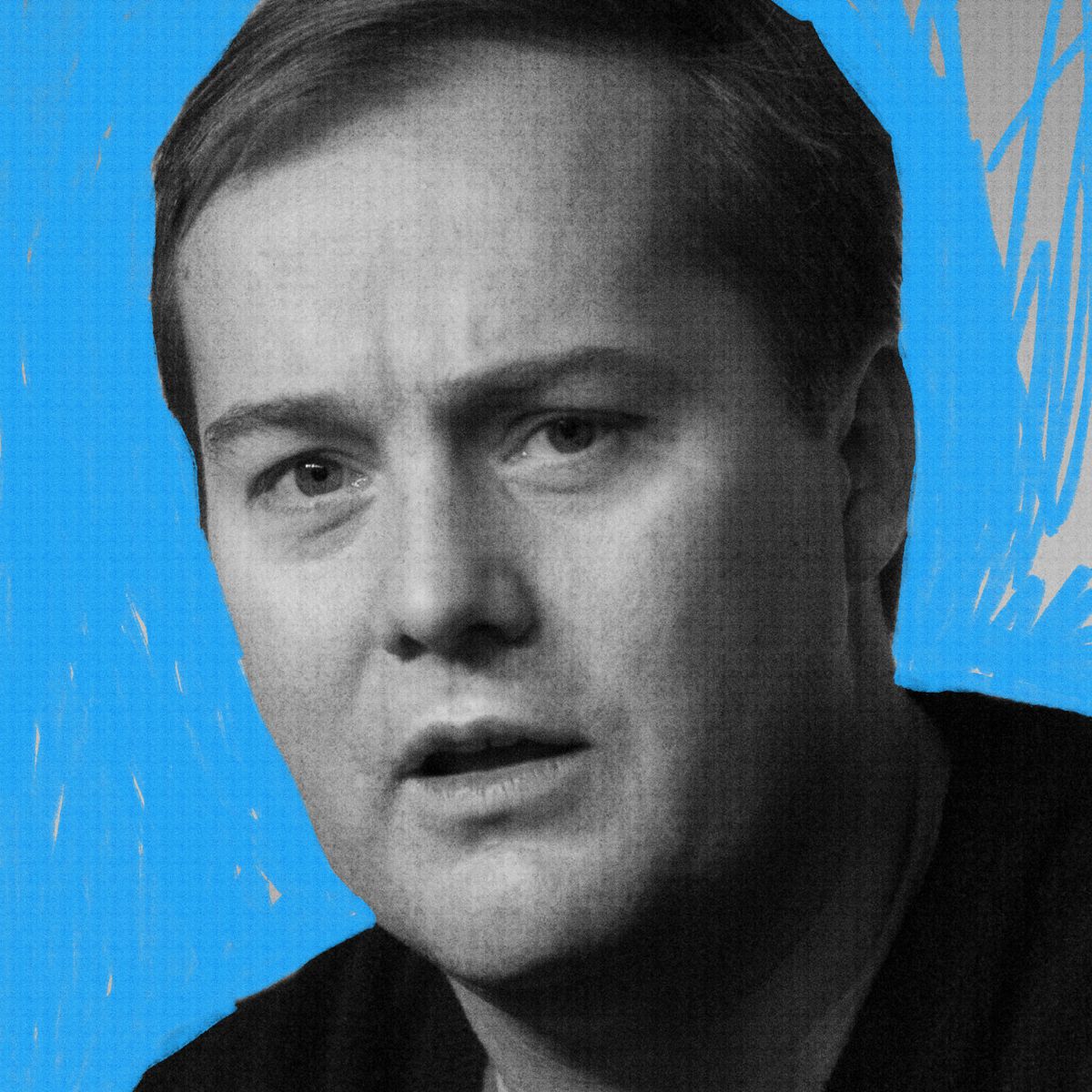 As Elon Musk carries out his chaotic early days as Twitter’s new CEO — slashing staff, trolling employees and users alike, and freaking out advertisers — you might wonder, who is this guy getting his advice from?

In his first two weeks running Twitter, Musk has assembled a tight-knit group of his “war-room” advisers. Many members of the group are longtime confidants of Musk, and some of them have very little background in social media. Since Musk is the ultimate decision-maker, it’s unclear exactly how much power they hold at Twitter, but these figures have gained overnight influence over one of the world’s most powerful platforms for online communication.

To better understand how Musk plans on changing Twitter, it’s worth learning more about the backgrounds, relationships, and beliefs of the key men (none of Musk’s key advisers are women) who have Musk’s ear. None of Musk’s advisers responded to Recode’s request for comment.

What he’s known for
Calacanis is an early-stage tech investor who has invested in Uber and Robinhood. He’s a popular media figure in tech who co-hosts two podcasts, This Week in Startups and All-In. He’s also a prolific tweeter and known for being a self-made master networker since his time as an early tech reporter in New York during the dot-com boom.

We know that Calacanis has professed his loyalty to Musk as a friend from private texts released in court documents from the Twitter v. Elon Musk case.

In April, when Musk asked if Calacanis wanted to be an adviser for Twitter after the deal was done, he replied:

“Board member, advisor, whatever… you have my sword.”

What we know about his ideas for Twitter
Calacanis pitched Musk on charging users for verification check marks several months ago, a controversial idea that Musk has now put in place. “[W]hy should blue check marks be limited to the elite, press and celebrities? How is that democratic?” Calacanis wrote in a text to Musk in April.

Other ideas Calacanis pitched in texts to Musk include charging users for messaging a large group of users at one time, moving Twitter’s headquarters from San Francisco to Tesla’s extra factory space in Austin, splitting revenue with popular creators to post content on Twitter, and requiring employees to come to the office two times a week.

On the topic of content moderation, Calacanis has said in court-revealed texts to Musk that he wants to make Twitter’s algorithm and moderation more “understandable and fair.”

Political affiliation
Calacanis has been supportive of some Democratic party leaders such as Hillary Clinton in the past. He also fundraised money for a journalist to investigate progressive San Francisco District Attorney Chesa Boudin — whose opponents said he was too lax on crime — ahead of his June 2022 recall.

Relevant experience
Calacanis has a long history in media as an entrepreneur and journalist. After Silicon Alley Reporter, Calacanis started an early blogging company called Weblogs that sold to AOL for $25 million in 2005.

What he’s known for
Sacks is a tech investor and entrepreneur. He was the founding chief operating officer of PayPal, the founder and CEO of Yammer (a work messaging and social media app that sold to Microsoft in 2012 for $1.2 billion), and the interim CEO of Zenefits in 2016.

Sacks, like Calacanis, co-hosts the popular All-In podcast and is a well-known figure in the tech industry.

How he knows Musk
Sacks and Musk go way back to their days as members of what’s been dubbed the “PayPal Mafia” — a group of early PayPal executives and employees, including billionaire tech entrepreneur and major Republican party donor Peter Thiel, who went on to found or invest in other successful tech companies.

What we know about his ideas for Twitter
Sacks has tweeted that contrary to media reports, he has no formal role at Twitter and is simply helping out as needed. Sacks has been weighing in on important decisions, though, as he reportedly was discussing making Twitter users pay a monthly fee to use the service after a period of time, according to Platformer.

The tech investor has also vocally defended Musk’s elimination of free blue check mark verification for public figures, and he has criticized “the entitled elite” for complaining about the matter.

Political affiliation
Sacks, who has donated to Democratic and Republican campaigns in the past, is increasingly becoming a popular figure in conservative media Twitter circles. A recent article in the New Republic profiling Sacks called him “the leading practitioner of a new right-wing sensibility that has emerged in the political realignments provoked by Trumpism and the pandemic.” Like Calacanis, Sacks was a leading supporter of the recall Boudin campaign.

Sacks is aligned with Musk in supporting negotiations with Russia to end the war in Ukraine, and has also criticized social media platforms for putting permanent bans on politicians.

Experience in social media management
Sacks co-founded a social podcasting platform called Callin — similar to Clubhouse, but one that lets you keep and edit your recordings — that launched last September. He also co-founded Yammer, an enterprise social media app, in 2008.

He’s also known for hosting the popular tech interview program, the Good Time Show, that he hosts with his wife Aarthi Ramamurthy.

How he knows Musk
Krishnan and Musk reportedly intersected in Silicon Valley circles a few years back, but their most notable collaboration was last year when Musk made an impromptu live appearance on Krishnan’s interview show on Clubhouse.

Experience in social media management
Sriram Krishnan is the only one of Elon Musk’s inner circle of Twitter advisers who has actually worked at the company and for other major social media platforms.

Krishnan built his career as a social media exec, first working at Facebook (now Meta) on mobile monetization from 2013 to 2016, and then at Snap, and later Twitter from 2017 to 2019 working on its core product, before becoming a crypto investor at Andreessen Horowitz.

What he’s known for
Spiro is a top celebrity lawyer who represents Musk. In the past, he has repped A-list clients such as Jay-Z, Chance the Rapper, and tennis champion Naomi Osaka.

How he knows Musk
Spiro isn’t just Musk’s lawyer, but one of his “closest lieutenants, confidants, and consiglieres,” according to a profile by the Washington Post. He has represented Musk on high-profile cases from a defamation lawsuit he faced in 2018 to his dispute about buying Twitter.

What we know about his ideas for Twitter
Spiro advises on legal policy at Twitter but hasn’t shared his ideas for how to change the company.

Political affiliation
Spiro keeps a private profile so we don’t know much about his politics, but the Post reported that he served as an adviser to the criminal justice reform organization the United Justice Coalition.

Experience in social media management
None.

What he’s known for
Birchall is mainly known for being Musk’s “straight-laced” family wealth manager. He is also the CEO of Neuralink, a neurotechnology company co-founded by Musk.

How he knows Musk
Like Musk’s attorney Spiro, Birchall is especially close with Musk. Bloomberg called him the billionaire’s “right-hand deputy.”

Birchall met Musk a decade ago when he was working at Morgan Stanley in Los Angeles, according to the Wall Street Journal. He reportedly impressed Musk by gathering hundreds of millions of dollars in loans at a time when Musk was “strapped for cash.”

The wealth adviser also reportedly hired an investigator to dig up dirt on the British cave diver who criticized Musk for trying to get involved in the rescue of a trapped soccer team in Thailand in 2018.

What we know about his ideas for Twitter
It’s unclear what specific ideas Birchall has for Twitter, but we do know he was critical in managing relations with bankers such as Morgan Stanley — which led financing of the Twitter deal, according to texts revealed in court documents.

Experience in social media management
None.

Understanding America’s political sphere can be overwhelming. That’s where Vox comes in. We aim to give research-driven, smart, and accessible information to everyone who wants it.

Reader gifts support this mission by helping to keep our work free — whether we’re adding nuanced context to unexpected events or explaining how our democracy got to this point. While we’re committed to keeping Vox free, our distinctive brand of explanatory journalism does take a lot of resources. Advertising alone isn’t enough to support it. Help keep work like this free for all by making a gift to Vox today.

We accept credit card, Apple Pay, and Google Pay. You can also contribute via