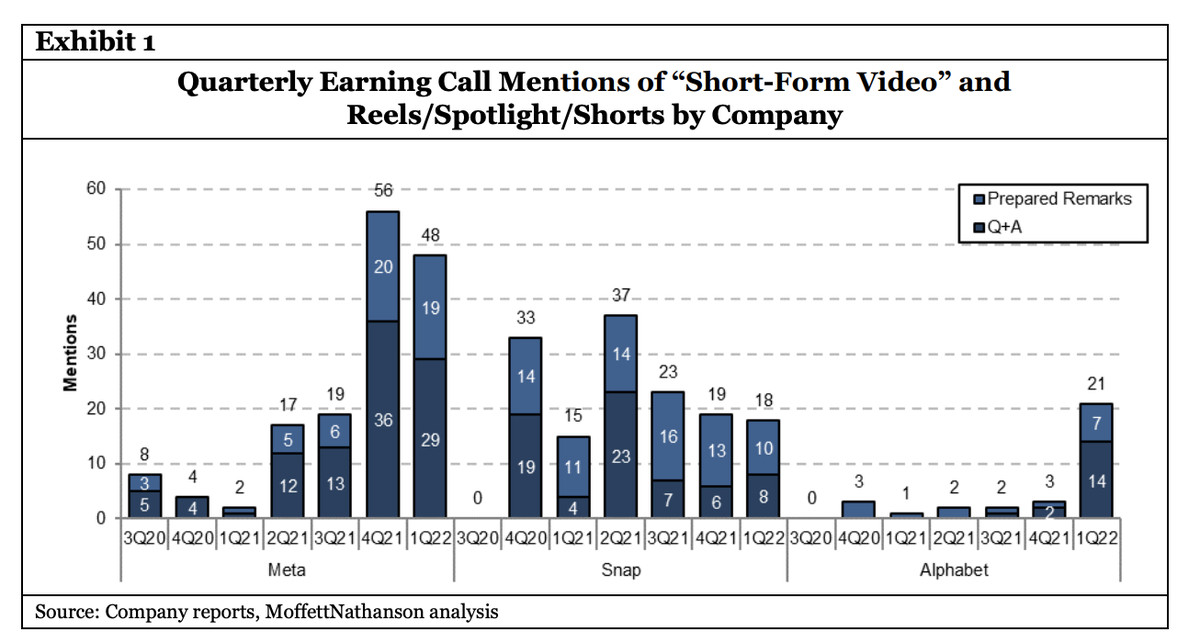 The people who bring you video entertainment could be in for a rough time: A looming recession could hurt both their advertising revenue and consumer spending on subscription TV streaming services. But they’re also facing a foe that has nothing to do with the economic cycle: TikTok is coming for their eyeballs.

The free, Chinese-owned video-sharing service sometimes gets described as a social network, but that description masks what it really is: a colossally powerful entertainment app that keeps viewers glued to an endless stream of clips.

And TikTok is getting bigger every day: It now says it has 1 billion monthly users, but even that number likely understates its importance, because TikTok users spend a lot of time on TikTok — a year ago, the company was telling advertisers its users were spending nearly 90 minutes a day on the app. By contrast, US TV and streaming watchers were spending nearly five hours a day watching their shows and movies — but TV skews very old, and TikTok is very young. You can’t ascribe TV’s long-running viewer losses to a new app, but it’s very easy to see how it’s going to make it harder than ever to train young would-be viewers to watch traditional TV or even streaming.

“It is safe to say that TikTok has rapidly grown to be one of — if not the — largest social/communication/video apps in America in terms of time spent,” analyst Michael Nathanson wrote in a report last week.

NBC’s freakout when Saturday Night Live’s “Lazy Sunday” sketch went viral on YouTube way back in 2006? TikTok, though, seems both more dangerous and harder for media execs to spot, like a mostly submerged iceberg.

If you run a media company, you’ve been telling yourself for years that your network or service has stuff people simply can’t find on YouTube or Facebook or Instagram or Reddit. But TikTok eviscerates most of those arguments: It’s a direct competitor for video eyeballs; it’s more compelling than the stuff you’re programming; and, just like a slot machine, it promises viewers that there’s always another dopamine hit just a swipe away.

“Tiktok is so much fun, and it’s so addictive — much more than anything you can see on TV,” says Rich Greenfield, a Wall Street analyst at LightShed.

So what is Big Media doing to counter or respond to TikTok’s threat? Nothing more than hope it’s a fad that goes away, from what I can tell. But I wanted to make sure I wasn’t missing anything, so I called around and heard … crickets. I triple-checked by asking Nathanson, who just dug deep into TikTok’s impact — did he know of any media companies doing anything interesting in response? His one-word, all-caps answer: “NOPE.”

Give the media companies this, though: Unlike YouTube a generation ago, they’re not trying to sue TikTok out of existence. And they have realized that anything with that many eyeballs is a good place to advertise.

Right now, at least, they don’t have to pay to do it: While TikTok is happy to take their money — it charges up to $3 million for an ad at the top of its feed that it says can reach all of its users in the US and Canada — the service’s ad business is just beginning to ramp up. Right now, it really expects media companies to act just like its users — by giving it content it can use to entertain other users.

And lots of them are up for it, says Catherine Halaby, a TikTok executive whose job is to help networks and streamers establish a presence on the service. She says her three-person team works with more than 300 accounts, up from 100 a year ago.

“By the time they come to us, they’re 100 percent bought in on the idea that they need to be on TikTok,” she says. “But there’s lots of confusion about how to do that.”

Halaby says there are a couple of problems for media companies to solve when they put their clips on TikTok: The first is simply understanding that while TikTok users can actively follow and look for creators and videos they like, the great majority of videos are served up using TikTok’s vaunted data set and algorithm. That’s supposed to pick stuff an individual user will like, regardless of whether they knew they wanted it.

The second is the pace: TikTok users flit quickly from trend to trend. Which means a company that wants to capitalize on a new viral dance or audio clip — like the “Jiggle Jiggle” song that has turned documentarian Louis Theroux into an unlikely star — means that a corporate account that wants to do the same has to do it fast. “Moving at that speed is the biggest adjustment,” Halaby says.

She cites Netflix, with its 24 million subscribers to its main account making it the biggest streamer on the service by far, and Paramount Pictures, which maximized its shirtless beach football footage from Top Gun: Maverick, as entertainment companies that have figured out that TikTok is for entertainment.

Still, it’s not clear if the entertainment companies putting free content on TikTok are helping themselves or helping TikTok. Omar Raja, a social media star at ESPN, says he goes out of his way to find stuff to show TikTokers that isn’t traditional sports highlights.

And a studio executive I granted anonymity to in order to speak candidly says TikTok is “incredibly effective” at driving awareness for a film — just like a TV ad or a billboard — but says TikTok users are very unlikely to see a clip for a film and then go purchase a ticket. “They just don’t leave,” he says.

On the other hand, Sylvia George, who runs performance marketing for AMC Networks, says TikTok has been a good tool to prompt viewers to sign up for the company’s streaming services, like Shudder or AMC+. “It hasn’t proven to be this tangible threat that is taking people away from our platforms,” she says. “In some ways it’s the opposite.”

There is a subset of media companies that doesn’t need a wake-up call about TikTok: Tech companies have been paying attention to TikTok for a long time. Now they’re paying it the ultimate compliment, by copying its format (and using its videos) for their own TikTok clones like Facebook and Instagram’s Reels and YouTube’s Shorts. Facebook is also reportedly set to revamp its main newsfeed to be more TikTok-y.

The tech companies are also telling investors they’re paying attention, and have been increasingly loud about it on earnings calls, per Michael Nathanson:

Meanwhile, Netflix co-CEO Reed Hastings has been musing about TikTok’s potential as a “substitution threat” to his business for a couple of years. And you can see a little of Netflix’s TikTok envy surface in its “fast laughs” feature, which gives you a never-ending stream of funny/funny-ish clips from Netflix comedies in its phone app.

But just seeing the problem doesn’t mean you can solve it, as countless companies have learned during the digital age. And TikTok’s huge ambitions are growing: At first, you could only place clips that ran for a few seconds on the service; now it’s up to 10 minutes. TikTok has its eyes set on moving beyond the phone, to your connected TVs, where you’re watching an increasing amount of video. If that works, it would compete even more directly with the streamers and networks.

I can think of one possible solution for the established media companies: hope that the US government bails them out.

While the Trump administration’s attempt in 2020 to ban TikTok, or at least force it to sell to a US bidder, was ham-handed and transparently jingoistic, there are plenty of thoughtful people who have concerns about TikTok’s presence in the US, and think it shouldn’t be here.

“Donald Trump was right, and the Biden administration should finish what he started,” my former colleague Ezra Klein wrote in the New York Times last month. A jaw-dropping sentence. But once you understand what TikTok is and could be, jaw-dropping ideas don’t seem so wild.