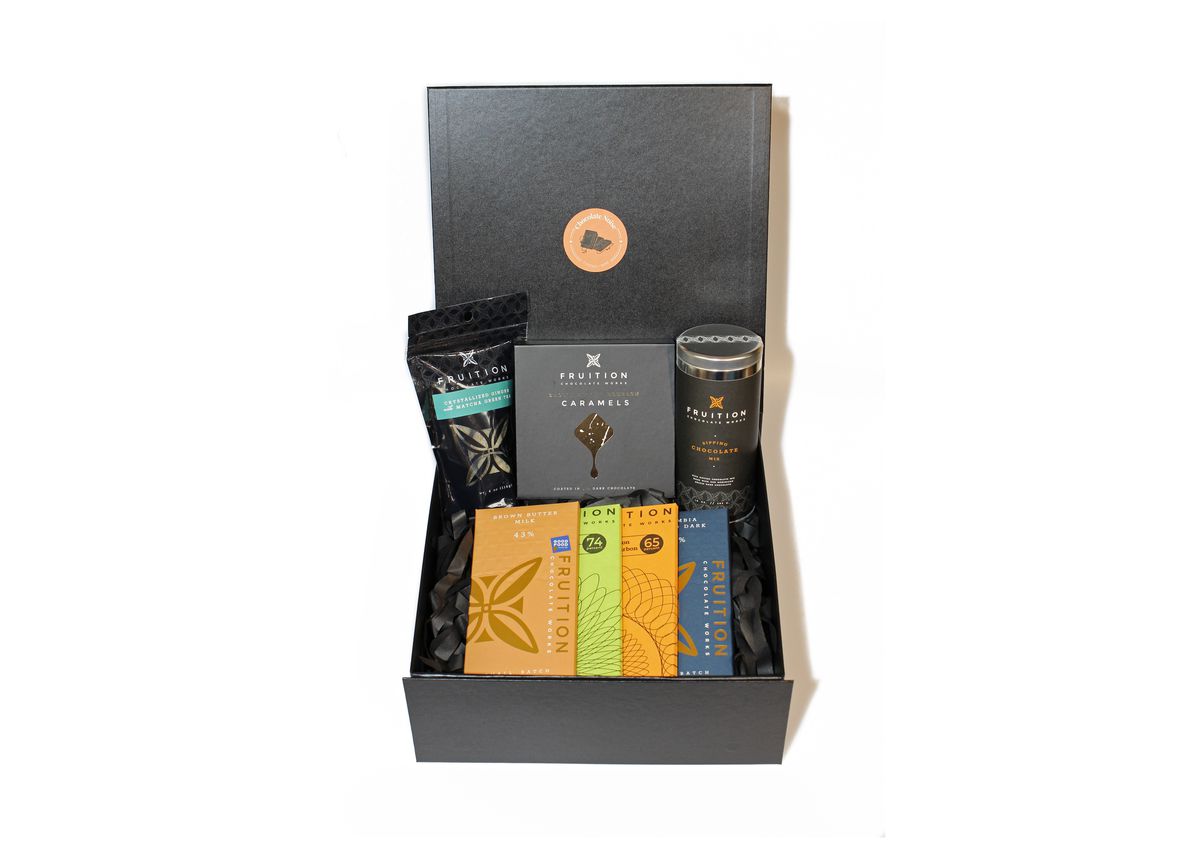 This year, virtual parties are persisting, although, mercifully, companies have learned some lessons from last year about what employees will bear. And after a hiatus last year, in-person parties are making a comeback as vaccination rates and appetites for socializing grow, though these events will also be more restrained. We’re also seeing a rise of a third category: no party at all. In lieu of tepid catering, bad DJs, and awkward interactions with your colleagues, some companies are instead opting for gifts, money, or additional time off. One company is even planning a group trip to paradise — of course, if you’re cynical, you can consider that a never-ending office holiday party.

Notably absent from companies’ plans this year are so-called hybrid holiday parties, where some guests attend in person and some are online. It turns out those just don’t work. It’s difficult to program in a way that’s satisfying to both groups, so for the most part companies have given up trying.

Which party you attend — or skip — depends largely on your specific company, industry, and region. But one thing is clear: The pandemic has had a lasting impact on the holiday party as we know it.

For many companies, this will be year two of the virtual holiday party. Don’t despair! They should be better or at least shorter than in 2020.

Last year, many companies made the mistake everyone does when transitioning something to a virtual setting: They tried to approximate the real-world event. For some, that meant Zoom calls that lasted for multiple hours and included everything from games to music to speeches — all better tolerated with a drink in hand at a bar or chic event space than on your couch at home.

“I think this year, most companies are focused on short and sweet but impactful things online,” said Brodsky, who estimates that 60-70 percent of the holiday parties on Thriver will be virtual this year.

This year, at the media database company Muck Rack, magician and mentalist Coby Elimelech is going to read the minds of some remote employees. The virtual event includes a $60 stipend for food and booze, a toast, and will be over within an hour and a half.

Facebook is scaling back big time. After holding a 6,000-person holiday party for its New York office at Pier 94 that included a DJ, two Mister Softee trucks, and thousands of waffles for guests in 2019, the company decided to host a virtual variety show for the second year. Employees will watch performances by Broadway musicians and actors, and donate to Broadway Cares.

Many virtual holiday parties this year include a box of food, drink mixes, or crafts sent to employees ahead of time and assembled with the help of an instructor during a Zoom event. These events are often held with smaller groups than last year, and any company-wide portions have mostly been shortened.

Chocolate Noise, a craft chocolate events company, sends attendees multiple bars of chocolate, as well as tea and wine pairings, then leads them through a chocolate tasting online. The company’s founder, Megan Giller, had offered virtual events pre-pandemic, but says they didn’t become popular among corporate clients until last year.

“We really go through each one like it is a fine wine or cheese, where we talk about where the beans are from and how the chocolate is made and what people are tasting in these specific bars,” said Giller, who wrote a book about chocolate, judges chocolate competitions, and teaches people “how to taste like an expert.”

While Giller prefers doing tastings in smaller groups, the huge increase in virtual company holiday parties has meant she’s had to learn how to host these events for sometimes more than 100 people at a time. That’s required incorporating an emcee in addition to a number of chocolate sommeliers to make the event run smoothly.

This year, popular activities on Thriver include watercolor holiday card making, peppermint mocha and cocktail kits, as well as a Christmas murder mystery.

Amanda Ma, chief experience officer at the LA-based event experience agency Innovate Marketing Group, would typically hold huge events for big corporate clients like YouTube and TikTok, as well as big banks. Pre-pandemic, she said she’d “build out the whole experience, touching the five senses, from food to entertainment to the things they touch and feel.” This year, 90 percent of the holiday parties she’s working on are virtual. Still, she’s doing her best to give guests multi-sensory experiences at home.

“Typical wine and dine is very last year,” Ma said. “Everyone’s expectation is higher this year because they have had close to two years of virtual now.”

Popular activities among her clients this year include building charcuterie boards, learning calligraphy, and making holiday wreaths. Overall, Ma says she’s just seeing a lot more thought put into events this year because they’ve had more time to plan, with most companies figuring things out this summer rather than last-minute like last year. She also notes that virtual events are cheaper than in-person ones, with cost savings, she said, of 30 to 50 percent.

The return of the IRL holiday party

For many companies, 2021 marks the return of the in-office holiday party, but the size, venues, and timing have changed. Companies — and especially the executives who run them — are keen on getting people back in the office after many employees spent nearly two years working from home. Bosses see in-person holiday parties as a way to ease people back. It’s also a way to introduce newer colleagues who might have never worked together in person.

Generally, this year’s events are smaller than they used to be, which is accomplished by banning plus-ones, breaking it up by teams, or by having the party over multiple days.

For a corporate client who hosted 1,500-person holiday fetes before the pandemic, Tinsel Experiential Design in New York instead organized three separate events with two different concepts. The client, which the firm wouldn’t disclose, also held the series of events earlier in the year at the Central Park Zoo, so guests could be outside.

“The format is under the microscope,” Tinsel’s head of creative production Alexa Jensen told Recode.

In general, companies are being more thoughtful about where and when they host their holiday parties. They’re choosing venues with outdoor spaces and sometimes moving the event to the fall or spring to take advantage of warmer weather. They also have to be more nimble with all aspects of the event.

That means planning for potential last-minute changes of venue. Companies hosting in-person events are also frequently opting to host them in their own offices, rather than at outside venues, so they have more control over safety, according to Thriver.

There’s also been an increase in holiday lunches or early happy hours, rather than evening get-togethers.

“I think people just value their time more,” Rosa Hardesty, knowledge adviser at Society for Human Resource Management, said. She added that while the majority of parties she’s hearing about are in-person again, they’re less taxing on employees’ time. “Maybe they’re realizing that, let’s do it during the day while the employer is paying them and celebrating them so that they can go home to their families.”

But, besides the size, timing, and location, these events don’t seem terribly different from what they used to be. There’s catered food, bartenders, and music. However, there are also limitations on the number of external vendors and requirements that those vendors be vaccinated. Many employees themselves have to show proof of vaccination ahead of time, though some companies are offering Covid-19 testing at the event.

Some companies are doing something else entirely

The pandemic has also encouraged companies to completely rethink the premise of holiday parties. Perhaps because they think holiday party budgets could be better spent, some companies are finding more novel ways to support their employees, both with their colleagues and with their families.

PR firm VSC is swapping out the office party — and the office, which they relinquished in the summer of 2020 — for a company-wide trip to Hawaii. In early December, about 50 employees are taking a five-day trip to Oahu, where they’ll zip line, surf, and hang out at the beach.

“When we do have in-person events, they should be social,” the company’s founder Vijay Chattha said, “not gathering to sit in front of laptops and send emails.”

“Everyone’s just kind of getting their toes back in. I don’t think anyone’s trying to defy the odds right now.” —Alexa Jensen

Additional time off, gift cards, and other perks are also becoming popular alternatives to holiday parties, according to Hardesty at Society for Human Resource Management. If the point of work is to provide for your family, she said, companies are coming around to the idea that they should let you spend more time with them. Recode’s parent company, Vox Media, is eschewing a holiday party again this year, though many teams are holding their own smaller in-person events. Vox.com is also giving its employees a whole week off for the holidays.

Though they might have virtual get-togethers at the end of the year, some companies are also offering up more intimate in-person activities for smaller groups that function more as team-building exercises than holiday parties. These include things like yoga classes, cooking classes, and even escape rooms.

But despite the rise of holiday party alternatives, event planners at least are bullish on the more robust return of the real-life holiday party. This year is sort of a test.

“Everyone’s just kind of getting their toes back in. I don’t think anyone’s trying to defy the odds right now,” Tinsel’s Jensen said. “We’re just happy to be back on site and see all the familiar faces and watch things come to life again.”