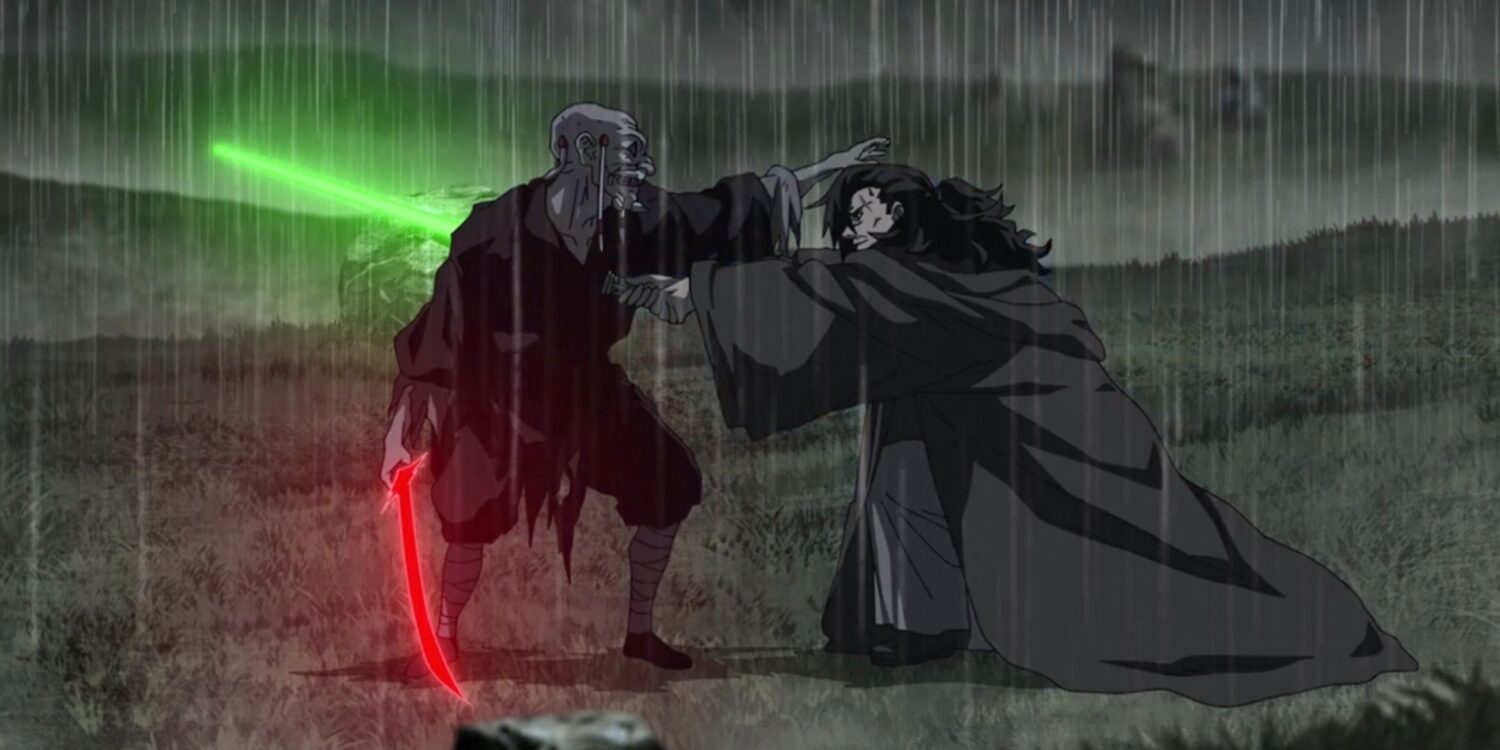 With the release of Star Wars: Visions, an interest in anime anthologies is bound to be generated. The scope is very wide when it comes to anime anthology films and series as they incorporate themes from sci-fi, horror, and local Japanese folklore. Barring a few American productions like Love, Death, & Robots, most of these anime anthologies are the result of Japanese animation but they are regarded as cult classics all over the globe.

RELATED: The 10 Best Anthology Movies Ever Made

The fluid actions and rich environments behind such anthologies make for a perfect binge session. The short duration of the episodes and film segments make the viewing experience more user-friendly.

From samurai-style lightsaber duels to musical performances for Jabba the Hutt, Star Wars: Visions has a lot of new experiences to offer to dedicated fans of the franchise. The animation varies from realistic to cartoonish but the Japanese roots of anime remain intact.

Back when George Lucas was directing the first Star Wars film, BBC reports he was inspired by Akira Kurosawa’s landmark samurai films like Hidden Fortress. And now, this Lucasfilm production seems like the perfect tribute to Japanese culture and anime.

Flavors Of Youth is a set of three stories set in China, using food as a metaphor. Each character reminiscences about a certain youthful memory as the film celebrates beauty in the everyday monotony of life.

If viewers wish to unwind and watch an aesthetically pleasing anime anthology, Flavors Of Youth would be a perfect pick. Its segments can even be compared to an emotional Studio Ghibli film experience barring the fact that the narrative is devoid of fantasy elements. Instead, it brings out humor and romance within mundane experiences of love, friendship, and family.

The short segments in the two seasons of Love, Death & Robots serve as bizarre and surreal tributes to the sci-fi genre as a whole. Even though the Netflix original sci-fi show also makes use of other animation formats like cel-shaded and CGI, a few major episodes are heavily influenced by the cyberpunk anime aesthetic.

“Good Hunting” is a great example as it incorporates the steampunk genre to tell the story of a young inventor’s friendship with a fox spirit. “The Witness” is another episode that plays out like a new-age 3D anime, filled with chaotic energy and adrenaline-heavy chase sequences.

Three sci-fi stories make up this cult classic of an anthology film. Each of the films is directly inspired by executive producer Katsuhiro Otomo’s manga short stories. The themes that Memories cover include artificial intelligence and the downside of nuclear weapons. If one chapter is about a simulated world built out of a woman’s memories, the other is about a town that fires cannons every day at an unknown enemy.

The animation and overall philosophy of Memories have aged well. When it comes to anthology cinema, Memories can be watched as a companion film with other Otamo compilations like Neo Tokyo and Robot Carnival.

Yamishibai is a horror anthology TV show that includes extremely short and twisted tales of the supernatural. As each story lasts for a little over 3 to 5 minutes, it is easy to binge at once. But despite the short length of each episode, the third act in each does leave an impact on the viewer.

For non-Japanese viewers, it is also a portal to the country’s local culture as most of the stories are derived from Japanese folklore and urban myths. With 91 episodes, Yamishibai is the perfect portal to animated Japanese horror.

Like Star Wars: Visions and Love, Death, and Robots, each chapter of Genius Party follows a distinctive form of animation. Apart from the usual themes, a few memorable short films also explore the different dimensions of childhood.

RELATED: 10 Anthology TV Series That Will Change The Way You Think About Television

A case in point is Happy Machine that describes the naivety of childhood while Deathic 4 interprets darker truths from a child’s perspective. Visually spectacular and thematically profound, Genius Party has plenty of thrills to offer.

Worlds collide with four short stories set in different time periods of Japan. In Short Peace, a polar bear defends a royal feudal family while soldiers battle a robot in a futuristic dystopia. Such premises make it a perfect blend of sci-fi and fantasy.

Short Peace is quite a unique entry on this list as it not only includes four anime short films but also a video game. Anime fans might also check it out for the fact that it was produced by Sunrise, the legendary anime studio that was behind Cowboy Bebop and Gundam.

Modest Heroes shifts between fantasy and real-life with three binge-worthy stories. The first one deals with crab siblings who are forced to live on their own while the second film is centered upon a boy allergic to eggs. In the final segment, an introvert starts losing his identity and even his physical body.

RELATED: 10 Best Anthology Shows, Ranked By IMDb (And Where To Stream Them)

In all three cases, a common element is solitude. Even though the characters live in bustling environments, they all share a sense of loneliness and yearn to find solace in their own ways. All in all, it is a family-friendly anthology with optimistic messages.

There have been a lot of animated Batman films but Gotham Knight was the first attempt in adapting the caped crusader for the anime format. Interestingly, the film isn’t even set in the continuity of the DC Animated Universe but serves as a middle chapter between Christopher Nolan’s Batman Begins and The Dark Knight.

Each of the six adventures incorporates a dark and mature approach that suits the Batman mythos while legendary voice actor Kevin Conroy reprises his role as the titular hero. Anime studios like Madhouse and Production I.G. handled the sleek and detailed animation of the anthology.

Horror Romance. Sci-fi. Coming-of-age. Such genres are explored in vastly different storylines in the 1987 classic Robot Carnival. As the title suggests, each of these arcs is united by a common theme of robots. An android can be good, evil, or even both, depending upon each case.

Given that several directors were involved in the segments, it is fascinating to see their ’80s-era viewpoint on robotics. While it has its philosophical moments, the robot-centric stories also have a lot of heart, unlike their emotionless subjects.

NEXT: 10 Things To Watch By The Anime Studios That Made Star Wars Visions