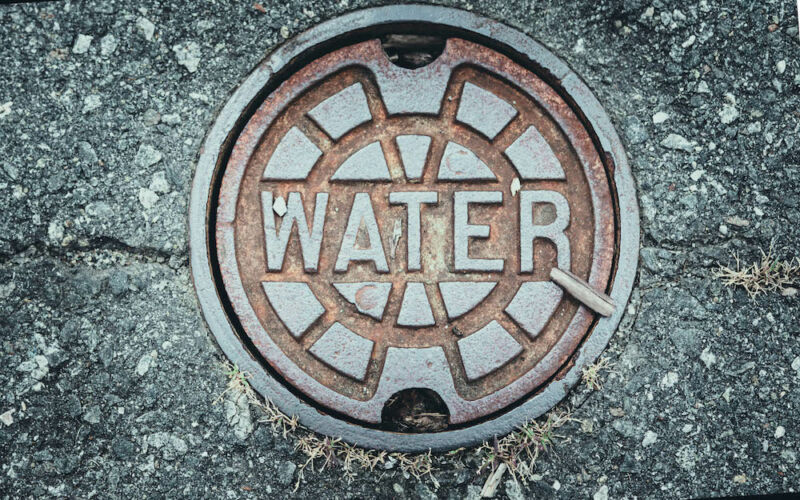 The Florida water treatment facility whose computer system experienced a potentially hazardous computer breach last week used an unsupported version of Windows with no firewall and shared the same TeamViewer password among its employees, government officials have reported.

The computer intrusion happened last Friday in Oldsmar, a Florida city of about 15,000 that’s roughly 15 miles northwest of Tampa. After gaining remote access to a computer that controlled equipment inside the Oldsmar water treatment plant, the unknown intruder increased the amount of sodium hydroxide—a caustic chemical better known as lye—by a factor of 100. The tampering could have caused severe sickness or death had it not been for safeguards the city has in place.

According to an advisory from the state of Massachusetts, employees with the Oldsmar facility used a computer running Windows 7 to remotely access plant controls known as a SCADA—short for “supervisory control and data acquisition”—system. What’s more, the computer had no firewall installed and used a password that was shared among employees for remotely logging into city systems with the TeamViewer application

A private industry notification published by the FBI provided a similar assessment. It said: 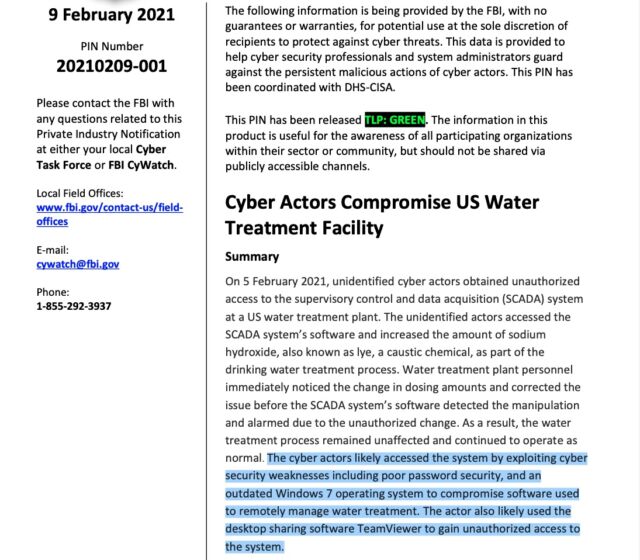 The revelations illustrate the lack of security rigor found inside many critical infrastructure environments. In January, Microsoft ended support for Windows 7, a move that ended security updates for the operating system. Windows 7 also provides fewer security protections than Windows 10. The lack of a firewall and a password that was the same for each employee are also signs that the department’s security regimen wasn’t as tight as it could have been.

The breach occurred around 1:30pm, when an employee watched the mouse on his city computer moving on its own as an unknown party remotely accessed an interface that controlled the water treatment process. The person on the other end changed the amount of lye added to the water from about 100 parts per million to 11,100 ppm. Lye is used in small amounts to adjust drinking water alkalinity and remove metals and other contaminants. In larger doses, the chemical is a health hazard.

Christopher Krebs, the former head of the Cybersecurity and Infrastructure Security Agency, reportedly told a House of Representatives Homeland Security committee on Wednesday that the breach was “very likely” the work of “a disgruntled employee.”

City officials said residents were never in danger, because the change was quickly detected and reversed. Even if the change hadn’t been reversed, the officials said, treatment plant personnel have redundancies in place to catch dangerous conditions before water is delivered to homes and businesses.

The shared TeamViewer password was reported earlier by the Associated Press.