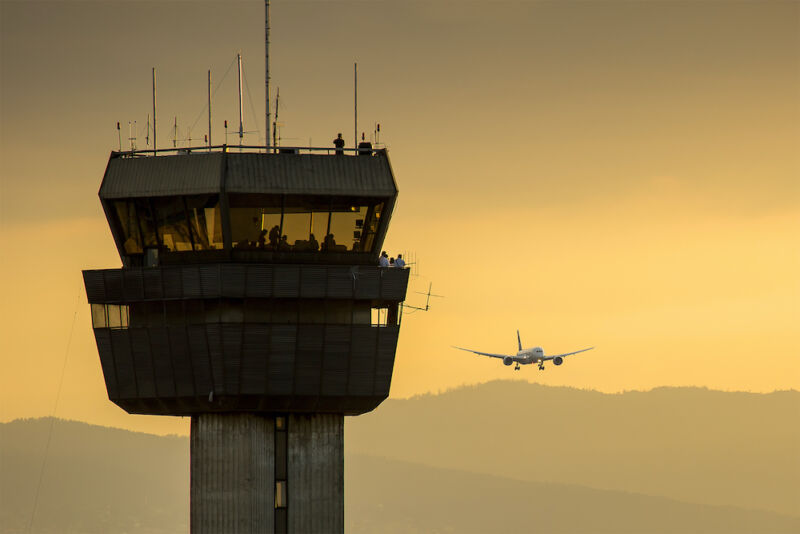 The Federal Aviation Administration is investigating the cause of mysterious GPS interference that, over the past few days, has closed one runway at the Dallas-Fort Worth International Airport and prompted some aircraft in the region to be rerouted to areas where signals were working properly.

The interference first came to light on Monday afternoon when the FAA issued an advisory over ATIS (Automatic Terminal Information Service). It warned flight personnel and air traffic controllers of GPS interference over a 40-mile swath of airspace near the Dallas-Fort Worth airport. The advisory read in part: “ATTN ALL AIRCRAFT. GPS REPORTED UNRELIABLE WITHIN 40 NM OF DFW.”

An advisory issued around the same time by the Air Traffic Control System Command Center, meanwhile, reported the region was “experiencing GPS anomalies that are dramatically impacting” flights in and out of Dallas-Fort Worth and neighboring airports. It went on to say that some of the airports were relying on the use of navigation systems that predated GPS.

GPSjam.org, a website that monitors GPS interference in real time, published this map that showed the specific areas where aircraft were reporting unreliable GPS.

John Wiseman, the operator of GPSjam.org, said on Twitter that the interference appeared to begin around 1 pm local time and ramped up over the next several hours. He provided a time-lapse video that illustrates what he was talking about.

A day later, Wiseman reported that not only was the interference continuing, but that aircraft on the ground in the affected region were also unable to receive reliable GPS readings. What’s more, fine-grained tracking of the interference suggested that military operations—the most common source of unintentional interference—weren’t playing a role. Several hours later, the unexplained problems not only continued but had spread to areas near Waco.

High resolution map of GPS interference around Dallas Fort Worth/DFW with sectional chart, including data from 2022-10-18 0000Z through 1600Z. It can be tricky to interpret a higher res map because you might start to see effects of individual aircraft, flight routes and altitudes pic.twitter.com/iSVE7nNlu5

As mysteriously as it began, it stops

This GPS interference stood out because it was significant, covered a relatively large area, and didn’t look like the typical interference I see in the United States which is almost always clearly associated with military testing or training in a military operating area. My understanding is that lack of GPS isn’t an emergency for aircraft, but it can definitely be annoying and lead to delays and even canceled flights. I don’t know what caused this interference or whether it was intentional, but it almost certainly came from a piece of electronic equipment and not a natural phenomenon. GPS is kind of a weird piece of the world’s infrastructure in that it’s so important, but also very easy to break through intentional or accidental jamming. I hope it continues to stay usable!

Civilian GPS relies on low-power satellite signals broadcast in the L band, a radio frequency range that’s also used by civilian terrestrial radio sources, including 5G mobile devices. That makes GPS susceptible to unintentional interference from the rollout of this next-generation technology. Equipment used on military bases is also a frequent cause.

Typically, however, when unintentional interference occurs, authorities can pinpoint the cause within a few hours. On Wednesday, FAA officials said in a statement: “The FAA is looking into reports of issues with GPS-guided approaches for one of Dallas-Fort Worth International Airport runways. The agency has found no evidence of intentional interference and is working to identify the cause. Aircraft are able to land safely on other runways.”

in 2012. Three years ago, the Center for Advanced Defense Studies reported that Russia had performed extensive spoofing of signals used by GPS and other Global Navigation Satellite Systems in Syria and other combat zones.

Other forms of aircraft navigation are similarly vulnerable. In 2012, for instance, researcher Brad Haines reported that he was able to spoof the ADS-B signals surveillance technology aircraft rely on to determine their position via satellite navigation. The researcher demonstrated how attackers could use these spoofed signals to create “ghost planes” that would appear on air traffic controllers’ screens. Researchers have also devised a low-cost hack that spoofs the instrument landing systems that planes rely on to safely land.

This week’s event appears similar to one that, according to GPSWorld, played out in Denver last January. In the January episode, aircraft in a 50-nautical-mile swath of airspace around the airport reported unreliable GPS for more than 33 hours.

Readers should know that GPS interference isn’t life-threatening. But as noted, episodes like these do cause cancellations, delays, and other inconveniences. More importantly, they underscore the frailty of a system that the world is growing increasingly reliant on. More concerning than the interference itself is the mystery as to what caused it.