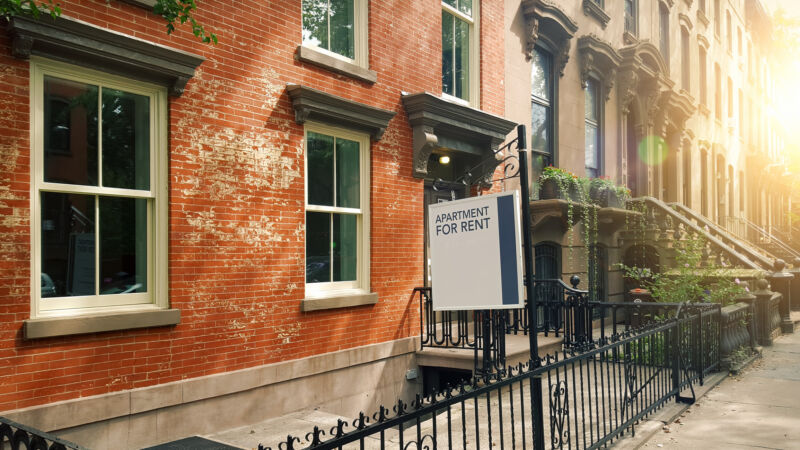 ProPublica is a Pulitzer Prize-winning investigative newsroom. Sign up for The Big Story newsletter to receive stories like this one in your inbox.

On a summer day last year, a group of real estate tech executives gathered at a conference hall in Nashville to boast about one of their company’s signature products: software that uses a mysterious algorithm to help landlords push the highest possible rents on tenants.

“Never before have we seen these numbers,” said Jay Parsons, a vice president of RealPage, as conventiongoers wandered by. Apartment rents had recently shot up by as much as 14.5 percent, he said in a video touting the company’s services. Turning to his colleague, Parsons asked: What role had the software played?

“I think it’s driving it, quite honestly,” answered Andrew Bowen, another RealPage executive. “As a property manager, very few of us would be willing to actually raise rents double digits within a single month by doing it manually.”

The celebratory remarks were more than swagger. For years, RealPage has sold software that uses data analytics to suggest daily prices for open units. Property managers across the United States have gushed about how the company’s algorithm boosts profits.

“The beauty of YieldStar is that it pushes you to go places that you wouldn’t have gone if you weren’t using it,” said Kortney Balas, director of revenue management at JVM Realty, referring to RealPage’s software in a testimonial video on the company’s website.

The nation’s largest property management firm, Greystar, found that even in one downturn, its buildings using YieldStar “outperformed their markets by 4.8 percent,” a significant premium above competitors, RealPage said in materials on its website. Greystar uses RealPage’s software to price tens of thousands of apartments.

a company statement said, “and therefore help eliminate the risk of collusion that could occur with manual pricing.”

The statement said RealPage’s software also helps prevent rents from reaching unaffordable levels because it detects drops in demand, like those that happen seasonally, and can respond to them by lowering rents.

RealPage did not make Parsons, Bowen, or the company’s current CEO, Dana Jones, available for interviews. Balas and a Greystar representative declined to comment on the record about YieldStar. The National Multifamily Housing Council, an industry group, also declined to comment.

Proponents say the software is not distorting the market. RealPage’s CEO told investors five years ago that the company wouldn’t be big enough to harm competition even after the merger. The CEO of one of YieldStar’s earliest users, Ric Campo of Camden Property Trust, told ProPublica that the apartment market in his company’s home city alone is so big and diverse that “it would be hard to argue there was some kind of price fixing.”