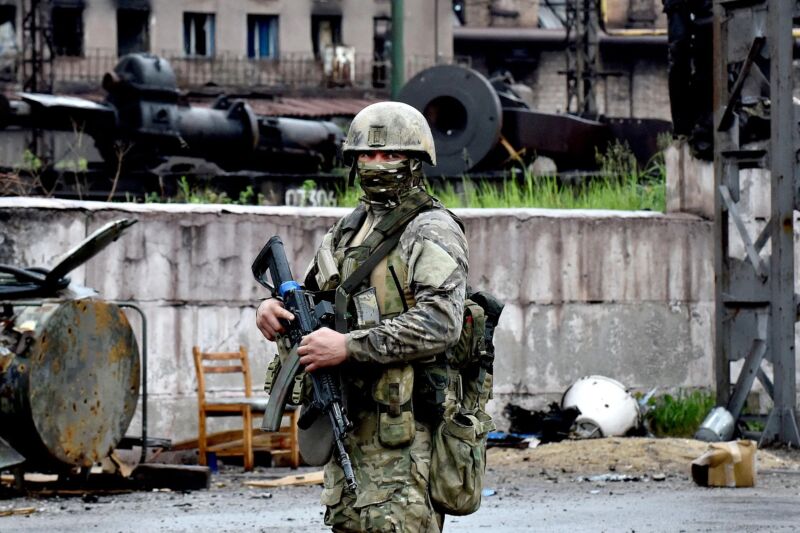 As Russian troops have flooded into Ukraine’s borders for the past eight months—and with an ongoing mobilization of hundreds of thousands more underway—the Western world has taken drastic measures to cut the economic ties that fuel Russia’s invasion and occupation. But even as those global sanctions have carefully excised Russia from global commerce, millions of dollars have continued to flow directly to Russian military and paramilitary groups in a form that’s proven harder to control: cryptocurrency.

Since Russia launched its full-blown invasion of Ukraine in February, at least $4 million worth of cryptocurrency has been collected by groups supporting Russia’s military in Ukraine, researchers have found. According to analyses by cryptocurrency-tracing firms Chainalysis, Elliptic, and TRM Labs, as well as investigators at Binance, the world’s largest cryptocurrency exchange, recipients include paramilitary groups offering ammunition and equipment, military contractors, and weapons manufacturers. That flow of funds, often to officially sanctioned groups, shows no sign of abating and may even be accelerating: Chainalysis traced roughly $1.8 million in funding to the Russian military groups in just the past two months, nearly matching the $2.2 million it found the groups received in the five months prior. And despite the ability to trace those funds, freezing or blocking them has proven difficult, due largely to unregulated or sanctioned cryptocurrency exchanges—most of them based in Russia—cashing out millions in donations earmarked for invaders.

“Our aim is to identify all the crypto wallets being used by Russian military groups and the people helping them; to find, seize and block all this activity that is helping to buy the bullets, the ammunition of this occupation,” says Serhii Kropyva, who until recently served as deputy of Ukraine’s Cyber Police and advisor to the country’s prosecutor general. “With the close cooperation of companies like Chainalysis and Binance, we can see all the wallets involved in this criminal activity, these money flows of millions of dollars. But we can, unfortunately, see that the transfer is continuing all the time.”
which has ties to the notorious Wagner mercenary group—all posting cryptocurrency donation addresses to Telegram. These posts told followers that the money raised there would be used for everything from weaponized drones to radios, rifle accessories, and body armor. In another instance, Chainalysis points to a fundraiser by a group called Project Terricon that attempted to auction NFTs to support pro-Russian militia groups in Eastern Ukraine, though the NFTs were removed from the marketplace they were hosted on before any bids were placed.

Binance’s investigations team, in its own report, found that a total of $4.2 million in crypto had been funneled to Russian military groups since February. The groups named in its research didn’t entirely overlap with those named in Chainalysis’ report, suggesting that the overall funding could be far greater than either Binance’s or Chainalysis’ total. Binance, for instance, points to a pro-Russian “cultural heritage” group known as MOO Veche that has carried out fundraisers for military equipment similar to the kinds funded by the groups Chainalysis flagged. While Binance, TRM Labs, and Elliptic all name MOO Veche as a major fundraiser, Elliptic traced $1.7 million in crypto donations to the group, far more than the other researchers.