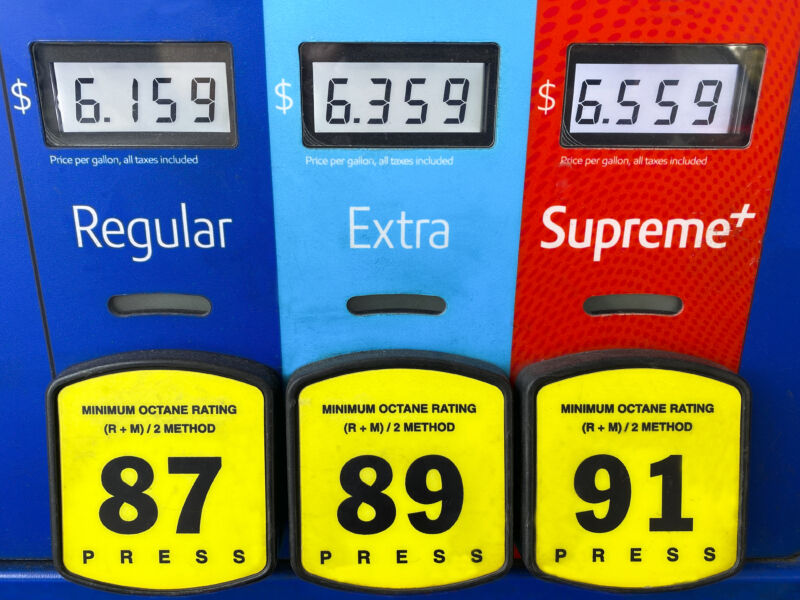 In the UK, it now costs more than 100 pounds to fill up a typical family car with petrol, and oil prices could rise even further. But are such high prices for fossil fuels a bad thing? While attention is focused on measures to tackle the global cost of living crisis, there has been much less focus on a very uncomfortable truth—that solving the climate crisis requires fossil fuel prices for consumers to stay high forever.

Saying such a thing may seem tone-deaf. Millions of households in rich countries are facing a choice between heating and eating. In poorer countries, the situation is immeasurably worse. Rising prices for gas have dramatically increased the cost of fertilizer, while the war in Ukraine is hampering the export of its wheat.

Together these are leading to spiraling food prices globally, triggering a surge in inflation and worsening the already dire food security situation in places such as Yemen, the Horn of Africa, and Madagascar. We are already witnessing widespread foot riots just like those between 2008 and 2011, when citizens around the world protested the failure of their states to deliver their most basic right—the right to eat.

To mitigate the impact of high prices, we have seen a screeching reversal of energy policies around the world. In November 2021, governments at the COP26 climate conference in Glasgow pledged to tax carbon and eliminate fossil fuel subsidies. But faced with dramatic increases in the cost of fuel and electricity, those same governments have scrambled to slash taxes on energy, put in place price caps, and introduce new subsidies.

dramatic reduction in the use of fossil fuels, starting now. The unfortunate reality is that one of the most effective ways of getting people to use less fossil fuel is to ensure they are expensive.

Of course, the best way of moving away from fossil fuels is for there to be better (and preferably cheaper) alternatives. But investment in these renewable alternatives will only happen if people are clearly switching to them, and that requires consumer prices for fossil fuels to remain high.

Of course, high fossil fuel prices are typically unpopular and can even lead to riots. Between 2005 and 2018, 41 countries had at least one riot directly associated with popular demand for fuel. In 2019 alone, there were major protests related to energy in Sudan, France, Zimbabwe, Haiti, Lebanon, Ecuador, Iraq, Chile, and Iran—many of which turned into riots.

Colleagues and I recently published research showing that these riots are caused by price spikes, often after fuel subsidies have been removed. These price spikes triggered fuel riots when citizens felt they had no other options for voicing their anger over government policies and actions (or when states attempted to violently suppress them from doing so).

Is it possible to keep fossil fuel prices high without triggering riots? The key is to keep consumer prices high by increasing fuel taxes when international oil and gas prices do eventually fall. Making this politically acceptable requires two things to happen.

permanent fund” which it then distributes through a cheque to every household each year (though this approach can go wrong—in Alaska politicians ended up cutting public services to maintain payments from the state fund).

Getting an annual payment, equal to the taxes imposed to keep fossil fuel prices high, would cushion the hurt from higher prices. It would also be progressive, since those who consume the most fossil fuels would pay more in tax, while those who consume little would pay less but receive the same payment from the fund and therefore end up in profit. There might also need to be additional compensation for poor groups with high fossil fuel usage, such as people on lower incomes who have to use their cars for work.

Soaring energy costs are a disaster for poor consumers worldwide. But ironically, they also provide an opportunity to shift the world from its fossil fuel addiction. If we take this chance to make fossil fuel prices permanently high, we can accelerate the transition to cleaner energy in a way that is fair for all, and avert deeper crises in the years ahead.

This article is republished from The Conversation under a Creative Commons license. Read the original article.