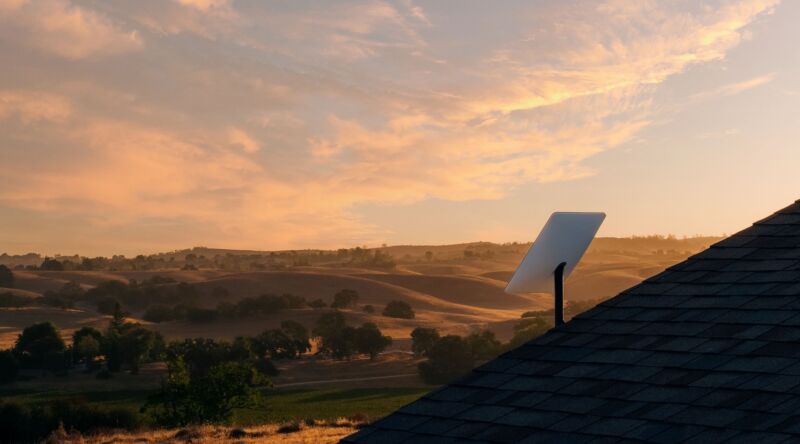 Starlink has raised its prices for equipment and monthly service, blaming inflation for the increases in an email to customers. The up-front hardware cost was raised from $499 to $599 (a 20 percent increase), and the monthly service price was raised from $99 to $110 (up 11 percent). People who preordered Starlink and paid deposits but haven’t yet received it will have to pay $549 for the user terminal if they choose to keep their orders.

“Due to excessive levels of inflation, the price of the Starlink kit is increasing from $499 to $549 for deposit holders and $599 for all new orders, effective today. In addition, the Starlink monthly service price will increase from $99 to $110,” Starlink said in an email to customers yesterday.

“Can’t even honor the preorder pricing on the equipment? Brutal,” Jon Guidry of Georgia wrote on Twitter. Guidry forwarded us the email he got from Starlink, which says, “The sole purpose of these adjustments is to keep pace with rising inflation.” People who preorder have to put down a deposit of $99. Those who already did that can cancel the deposit for a full refund on their account page, the email from Starlink notes.

Posts in a Reddit thread indicate that the monthly increase to $110 also applies to Starlink customers who already have service.

“Since launching our public beta service in October 2020, the Starlink team has tripled the number of satellites in orbit, quadrupled the number of ground stations, and made continuous improvements to our network,” the email from Starlink says. “Going forward, users can expect Starlink to maintain its cadence of continuous network improvements as well as new feature additions.”

Musk said he wanted to cut price of terminal

second-generation “Dishy McFlatface” in November. It’s smaller and lighter than the original but has similar capabilities.

“I understand the increase to the equipment, but I don’t feel their service is fast enough or reliable enough yet to justify the 10 percent [monthly] increase to the early adopters,” one user wrote on Reddit. The user reported having “issues in dropouts and slow speeds. My speeds have been at 5Mbps or less for the last month, so I can’t say I’m happy to be currently getting worse service than I was getting just a few months ago with an increase in price.”

Many preorderers have had to wait longer than expected for Starlink service. SpaceX said chip shortages are partially responsible for delays.

Some users thought their preorders might finally be coming through when they saw an email from Starlink but got an unpleasant surprise upon reading it. “Went to bed early last night not feeling the best. Woke up this morning feeling better and checked my phone. EMAIL FROM STARLINK. YES! THE WAIT MUST BE OVER! Nope. Still waiting… but here’s a $50 price increase for the dish and a $11 per month increase. What a kick in the nuts,” one person wrote on Reddit.

“I was excited to see an email from Starlink since I thought that it meant I was FINALLY getting it delivered. Geez… was I disappointed,” another person wrote. Another person reported getting an “email stating that my order is ready” an hour after receiving the notice of the price increase. “Not super happy about paying an extra $50 for the equipment, but inflation is real and not Starlink’s fault. Just happy to have my name pulled from the hat,” the person wrote.

Separately, Starlink last month unveiled a premium service for businesses or residences with a bigger antenna and faster speeds that costs $2,500 for the hardware and $500 per month for Internet access. It was originally called “Starlink Premium” and was renamed “Starlink Business,” but an FAQ says it can still be used at either business or residential locations. The equipment and service prices remain the same as when it was announced.