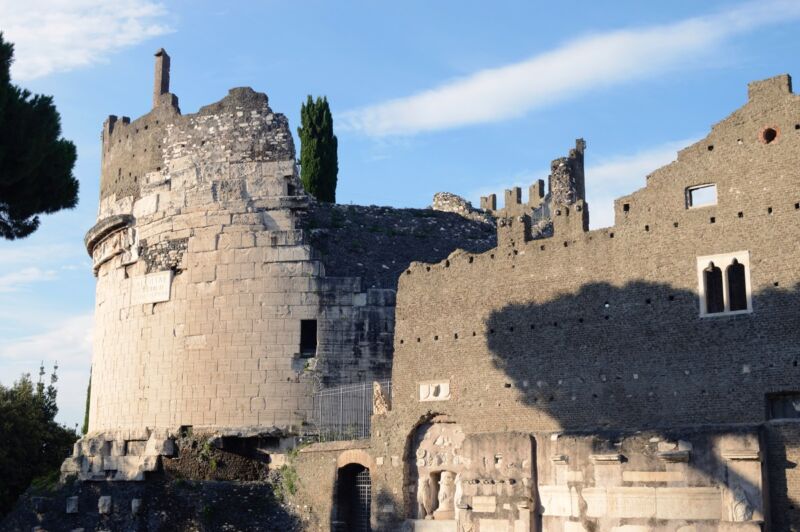 Tomb of Caecilia Metella, a noblewoman who lived in the first century CE. Lord Byron was among those who marveled at the structure, even referencing it in his epic poem Childe Harold’s Pilgrimage (1812-1818). Now scientists have analyzed samples of the ancient concrete used to build the tomb, describing their findings in a paper published in October in the Journal of the American Ceramic Society.

“The construction of this very innovative and robust monument and landmark on the Via Appia Antica indicates that [Caecilia Metella] was held in high respect,” said co-author Marie Jackson, a geophysicist at the University of Utah. “And the concrete fabric 2,050 years later reflects a strong and resilient presence.”

Like today’s Portland cement (a basic ingredient of modern concrete), ancient Roman concrete was basically a mix of a semi-liquid mortar and aggregate. Portland cement is typically made by heating limestone and clay (as well as sandstone, ash, chalk, and iron) in a kiln. The resulting clinker is then ground into a fine powder, with just a touch of added gypsum—the better to achieve a smooth, flat surface. But the aggregate used to make Roman concrete was made up of fist-sized pieces of stone or bricks