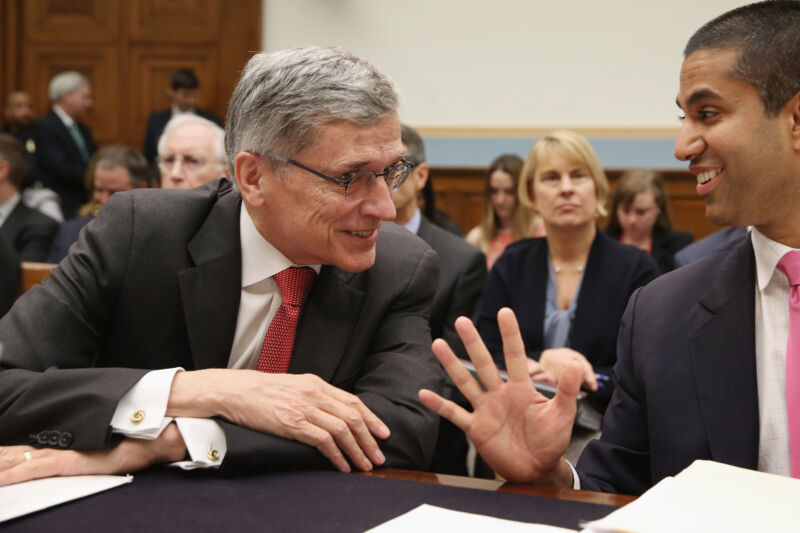 letter describing their concerns about how the FAA has tried to undermine public confidence in the FCC’s decision-making process.

“The FAA should work with the FCC and the National Telecommunications and Information Administration (NTIA)… to assess and resolve the FAA’s concerns expeditiously, but this debate should not be fought publicly in a way that undermines consumer confidence in the process, nor should it require months of additional delays,” said the six former chairs’ letter, which was sent to FCC Chairwoman Jessica Rosenworcel and NTIA acting Administrator Evelyn Remaley.

The “FAA position threatens to derail the reasoned conclusions reached by the FCC after years of technical analysis and study,” the former chairs also wrote.