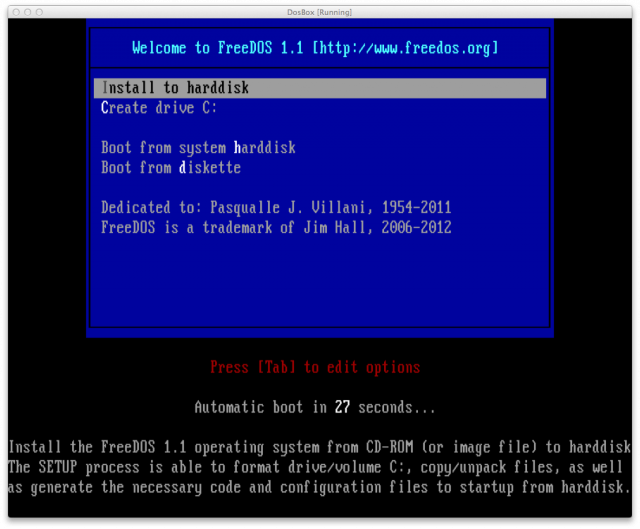 Update, July 5, 2021: It’s the July 4 holiday weekend in the US, which means Ars staff gets a well-deserved holiday to catch up on this summer’s Steam sale (or maybe just to rest). As such, we’re resurfacing a few classics from the Ars archives, including this somewhat masochistic experiment. Back in 2014, Ars’ Editor Emeritus Sean Gallagher decided to celebrate the 20th anniversary of MS-DOS’s end-of-life by working in the operating system within a modern context. It… went about as smoothly as you’d expect.

Now 27 years after Microsoft announced that it would end support for the MS-DOS, we’re resurfacing this exercise (and very much appreciating our present day options as we all work from home a bit more). This story originally ran on July 3, 2014, and it appears unchanged below.

James Hall announced to the world that he intended to create a public domain version of the OS in order to keep the universe of character-based DOS software alive. Hall’s “PD-DOS” project eventually became FreeDOS, which today supports an ecosystem of developers, retro gamers, and diehards who will give up their WordStar when you pry the floppies from their cold, dead fingers.

In tribute to the project’s two decades (and to those brave souls who keep the DOS fires burning), I decided to spend a day this week working in FreeDOS. I set up a machine running the latest distribution of the OS along with software from the FreeDOS Package Manager repositories. I then added whatever other software I could scrape together—open source software, freeware, and “abandonware” found on the Web, plus some software graciously sent by Lee Hutchinson from his own personal reserve of DOSware. I wanted to know if it was possible to do modern Web-based work in DOS—and just how painful it might prove to be.