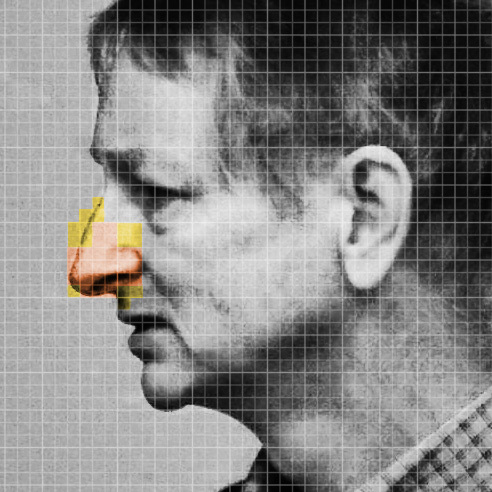 Deep learning set off the latest AI revolution, transforming computer vision and the field as a whole. Hinton believes deep learning should be almost all that’s needed to fully replicate human intelligence.

But despite rapid progress, there are still major challenges. Expose a neural net to an unfamiliar data set or a foreign environment, and it reveals itself to be brittle and inflexible. Self-driving cars and essay-writing language generators impress, but things can go awry. AI visual systems can be easily confused: a coffee mug recognized from the side would be an unknown from above if the system had not been trained on that view; and with the manipulation of a few pixels, a panda can be mistaken for an ostrich, or even a school bus.

GLOM addresses two of the most difficult problems for visual perception systems: understanding a whole scene in terms of objects and their natural parts; and recognizing objects when seen from a new viewpoint.(GLOM’s focus is on vision, but Hinton expects the idea could be applied to language as well.)

An object such as Hinton’s face, for instance, is made up of his lively if dog-tired eyes (too many people asking questions; too little sleep), his mouth and ears, and a prominent nose, all topped by a not-too-untidy tousle of mostly gray. And given his nose, he is easily recognized even on first sight in profile view.

Both of these factors—the part-whole relationship and the viewpoint—are, from Hinton’s perspective, crucial to how humans do vision. “If GLOM ever works,” he says, “it’s going to do perception in a way that’s much more human-like than current neural nets.”

Grouping parts into wholes, however, can be a hard problem for computers, since parts are sometimes ambiguous. A circle could be an eye, or a doughnut, or a wheel. As Hinton explains it, the first generation of AI vision systems tried to recognize objects by relying mostly on the geometry of the part-whole-relationship—the spatial orientation among the parts and between the parts and the whole. The second generation instead relied mostly on deep learning—letting the neural net train on large amounts of data. With GLOM, Hinton combines the best aspects of both approaches.

“There’s a certain intellectual humility that I like about it,” says Gary Marcus, founder and CEO of Robust.AI and a well-known critic of the heavy reliance on deep learning. Marcus admires Hinton’s willingness to challenge something that brought him fame, to admit it’s not quite working. “It’s brave,” he says. “And it’s a great corrective to say, ‘I’m trying to think outside the box.’”

In crafting GLOM, Hinton tried to model some of the mental shortcuts—intuitive strategies, or heuristics—that people use in making sense of the world. “GLOM, and indeed much of Geoff’s work, is about looking at heuristics that people seem to have, building neural nets that could themselves have those heuristics, and then showing that the nets do better at vision as a result,” says Nick Frosst, a computer scientist at a language startup in Toronto who worked with Hinton at Google Brain.

With visual perception, one strategy is to parse parts of an object—such as different facial features—and thereby understand the whole. If you see a certain nose, you might recognize it as part of Hinton’s face; it’s a part-whole hierarchy. To build a better vision system, Hinton says, “I have a strong intuition that we need to use part-whole hierarchies.” Human brains understand this part-whole composition by creating what’s called a “parse tree”—a branching diagram demonstrating the hierarchical relationship between the whole, its parts and subparts. The face itself is at the top of the tree, and the component eyes, nose, ears, and mouth form the branches below.

One of Hinton’s main goals with GLOM is to replicate the parse tree in a neural net—this would distinguish it from neural nets that came before. For technical reasons, it’s hard to do. “It’s difficult because each individual image would be parsed by a person into a unique parse tree, so we would want a neural net to do the same,” says Frosst. “It’s hard to get something with a static architecture—a neural net—to take on a new structure—a parse tree—for each new image it sees.” Hinton has made various attempts. GLOM is a major revision of his previous attempt in 2017, combined with other related advances in the field.

A generalized way of thinking about the GLOM architecture is as follows: The image of interest (say, a photograph of Hinton’s face) is divided into a grid. Each region of the grid is a “location” on the image—one location might contain the iris of an eye, while another might contain the tip of his nose. For each location in the net there are about five layers, or levels. And level by level, the system makes a prediction, with a vector representing the content or information. At a level near the bottom, the vector representing the tip-of-the-nose location might predict: “I’m part of a nose!” And at the next level up, in building a more coherent representation of what it’s seeing, the vector might predict: “I’m part of a face at side-angle view!”

Seeking consensus about the nature of an object—about what precisely the object is, ultimately—GLOM’s vectors iteratively, location-by-location and layer-upon-layer, average with neighbouring vectors beside, as well as predicted vectors from levels above and below.

However, the net doesn’t “willy-nilly average” with just anything nearby, says Hinton. It averages selectively, with neighboring predictions that display similarities. “This is kind of well-known in America, this is called an echo chamber,” he says. “What you do is you only accept opinions from people who already agree with you; and then what happens is that you get an echo chamber where a whole bunch of people have exactly the same opinion. GLOM actually uses that in a constructive way.” The analogous phenomenon in Hinton’s system is those “islands of agreement.”

“Imagine a bunch of people in a room, shouting slight variations of the same idea,” says Frosst—or imagine those people as vectors pointing in slight variations of the same direction. “They would, after a while, converge on the one idea, and they would all feel it stronger, because they had it confirmed by the other people around them.” That’s how GLOM’s vectors reinforce and amplify their collective predictions about an image.

GLOM uses these islands of agreeing vectors to accomplish the trick of representing a parse tree in a neural net. Whereas some recent neural nets use agreement among vectors for activation, GLOM uses agreement for representation—building up representations of things within the net. For instance, when several vectors agree that they all represent part of the nose, their small cluster of agreement collectively represents the nose in the net’s parse tree for the face. Another smallish cluster of agreeing vectors might represent the mouth in the parse tree; and the big cluster at the top of the tree would represent the emergent conclusion that the image as a whole is Hinton’s face. “The way the parse tree is represented here,” Hinton explains, “is that at the object level you have a big island; the parts of the object are smaller islands; the subparts are even smaller islands, and so on.”

According to Hinton’s long-time friend and collaborator Yoshua Bengio, a computer scientist at the University of Montreal, if GLOM manages to solve the engineering challenge of representing a parse tree in a neural net, it would be a feat—it would be important for making neural nets work properly. “Geoff has produced amazingly powerful intuitions many times in his career, many of which have proven right,” Bengio says. “Hence, I pay attention to them, especially when he feels as strongly about them as he does about GLOM.”

The strength of Hinton’s conviction is rooted not only in the echo chamber analogy, but also in mathematical and biological analogies that inspired and justified some of the design decisions in GLOM’s novel engineering.

“Geoff is a highly unusual thinker in that he is able to draw upon complex mathematical concepts and integrate them with biological constraints to develop theories,” says Sue Becker, a former student of Hinton’s, now a computational cognitive neuroscientist at McMaster University. “Researchers who are more narrowly focused on either the mathematical theory or the neurobiology are much less likely to solve the infinitely compelling puzzle of how both machines and humans might learn and think.”

So far, Hinton’s new idea has been well received, especially in some of the world’s greatest echo chambers. “On Twitter, I got a lot of likes,” he says. And a YouTube tutorial laid claim to the term “MeGLOMania.”

Hinton is the first to admit that at present GLOM is little more than philosophical musing (he spent a year as a philosophy undergrad before switching to experimental psychology). “If an idea sounds good in philosophy, it is good,” he says. “How would you ever have a philosophical idea that just sounds like rubbish, but actually turns out to be true? That wouldn’t pass as a philosophical idea.” Science, by comparison, is “full of things that sound like complete rubbish” but turn out to work remarkably well—for example, neural nets, he says.

GLOM is designed to sound philosophically plausible. But will it work?