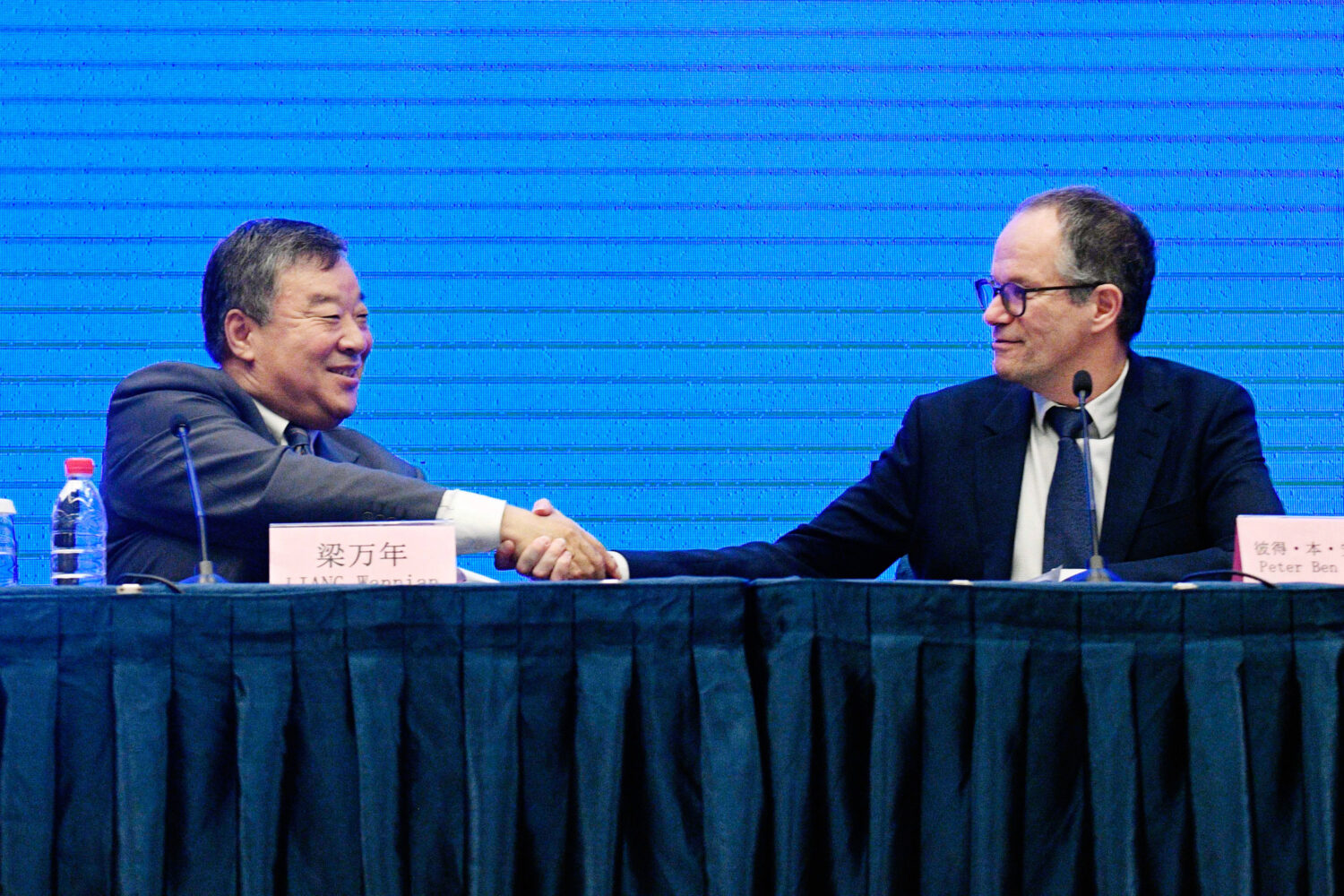 One problem with the lab leak theory is that it presumes the Chinese are lying or hiding facts, a position incompatible with a joint scientific effort. This may have been why the WHO team, for instance, never asked to see the offline database. Peter Daszak, president of the EcoHealth Alliance, which collaborated with the Wuhan lab for many years and funded some of its work, says there is “no evidence” whatsoever to back the lab theory. “If you just firmly believe [that] what we hear from our Chinese colleagues over there in the labs is not going to be true, we will never be able to rule it out,” he said of the lab theory. “That is the problem. In its essence, that theory is not a conspiracy theory. But people have put it forward as such, saying the Chinese side conspired to cover up evidence.”

To those who believe a lab accident is likely, including Jamie Metzl, a technology and national security fellow at the Atlantic Council, the WHO team isn’t set up to carry out the sort of forensic probe he believes is necessary. “Everyone on earth is a stakeholder in this,” he says. “It’s crazy that a year into this, there is no full investigation into the origins of the pandemic.” In February, Metzl published a statement in which he said he was “appalled” by the investigators’ quick rebuttal of the lab hypothesis and called for Daszak to be removed from the team. Several days later, the WHO director general, Tedros Adhanom Ghebreyesus, appeared to rebuke the origins team in a speech in which he said, “I want to clarify that all hypotheses remain open and require further study.”

The scenario the WHO-China team said it considers most probable is the “intermediary” theory, in which a bat virus infected another wild animal that was then caught or farmed for food. The intermediary theory does have the strongest precedents. Not only is there the case of SARS, but in 2012 researchers discovered Middle East respiratory syndrome (MERS), a deadly lung infection caused by another coronavirus, and quickly traced it to dromedary camels.

The trouble with this hypothesis is that Chinese researchers have not succeeded in finding a “direct progenitor” of this virus in any animal they’ve looked at. Liang said China had tested 50,000 animal specimens, including 1,100 bats in Hubei province, where Wuhan is located. But no luck: a matching virus still hasn’t been found.

The Chinese team appears to strongly favor a twist on the intermediate-animal idea: that the virus could have reached Wuhan on a frozen food shipment that included a frozen wild animal. This “cold chain” hypothesis may have appeal because it would mean the virus came from thousands of miles away, even outside China. “We think that is a valid option,” says Marion Koopmans, a Dutch virologist who traveled with the group. She said China had tested 1.5 million frozen samples and found the virus 30 times. “That may not be surprising in the middle of an outbreak, when many people are handling these products,” Koopmans says. “But the WHO did request studies, spiked the virus onto fish, froze and thawed it, and could culture the virus. So it’s possible. You cannot rule it out.”

The WHO-China team, in its eventual report, is expected to suggest further research that needs to be carried out. This is one reason the report matters; it may determine which questions get asked and which don’t.

There is likely to be a larger effort to trace the wild-animal trade, including supply chains of frozen products. In addition to animal evidence, Ben Embarek also said China should make a greater effort to locate people who were infected by covid-19 early on, but perhaps were asymptomatic or didn’t get tested. That could be done by hunting through samples in blood banks, using newer, more sensitive technology to locate antibodies. “We need to keep looking for material that could give insight into the early days of the events,” Ben Embarek said. As well, the report is likely to call for the creation of a master database that includes all the data collected so far.

Ultimately, in seeking the cause of the covid-19 disaster, we don’t just want to know what happened. We’re also looking for something—or someone—to blame. And each hypothesis points to a different culprit. To ecologists, the lesson of the pandemic is nearly a foregone conclusion: humans should stop encroaching on wild areas. “We have come to recognize how this kind of investigation is not just about illness in humans—nor indeed just about an interface between humans and animals—but feeds into an altogether wider discussion about how we use the world,” says John Watson, the British epidemiologist.

The Chinese authorities, meanwhile, are already taking action on the intermediary theory by putting responsibility on wild-animal farmers and traders. Last February, according to NPR, China’s legislature started taking steps to “uproot the pernicious habit of eating wild animals.” At the behest of President Xi Jinping, they have already banned the hunting, trade, and consumption of a large number of “terrestrial wild animals,” a step never fully implemented after the original SARS outbreak. According to a report in Nature, the Chinese government has already closed 12,000 businesses, purged a million websites with information about wildlife trading, and banned the farming of bamboo rats and civets, among other species.

Then there is the chance covid-19 is the result of a laboratory accident. If that’s true, it would bring the sharpest consequences, especially for scientists like those in charge of finding the virus’s origin. If the pandemic was caused by ambitious, high-tech research on dangerous germs, it would mean China’s fast rise as a biotech powerhouse is a threat to the globe. It would mean this type of science should be severely restricted, or even banned, in China and everywhere else. More than any other hypothesis, a government-sponsored technology program run amok—along with early efforts to conceal news of the outbreak—would establish a case for retribution. “If this is a man-made catastrophe,” says Miles Yu, an analyst with the conservative Hudson Institute, “I think the world should seek reparations.”

According to some former virus chasers, what’s actually in the WHO-China origins report may be different from what we’ve heard so far. Schnur says the Chinese probably already know much more than we think, so the role of the team could be to find ways to push those facts into the light. It is a process he calls “part diplomacy and part epidemiology.” He believes China’s investigation was likely very thorough and that the foreign visitors may also have stronger views than they have let on so far.

As he points out, “What you say in a press conference may be different than what you put in a report once you have left the country.”