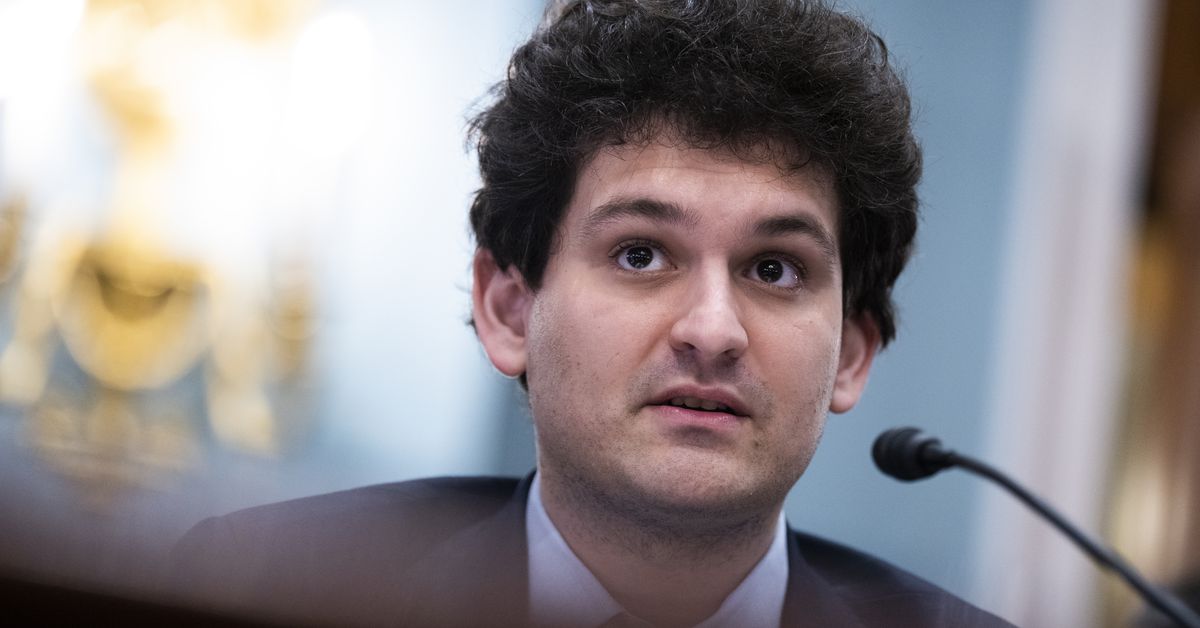 The crypto industry is constantly trying to sell us something new. This election season, it’s the rise of the bitcoin voter, a new political constituency supposedly ready to vote for all things pro-crypto.

The Crypto Council for Innovation, a pro-crypto trade group that represents platforms like Fidelity and Gemini, published data last Wednesday purportedly indicating that one in seven voters “hold crypto and say that they are ready to vote for pro-crypto candidates.” Coinbase, a crypto trading platform with more than 100 million users across the world, has launched its own voter registration initiative and is ranking candidates on their friendliness toward crypto issues. At the same time, a small but growing number of political campaigns have started accepting bitcoin donations in a bid to demonstrate their crypto credentials.

This is all in service of the notion that, one day, there could be a large contingent of voters who support pro-crypto candidates through their donations and ballots. To be clear, it’s still early days. The people behind the big campaign to mobilize crypto voters told Recode that the upcoming midterms are essentially a practice round, though the eventual goal is to develop a voting bloc that’s primed to vote in the interest of the crypto industry.

Still, it’s not clear that this strategy will necessarily work, since the people who own crypto are already stretched across the political spectrum. Some critics also point out that the libertarian ideology behind the crypto movement doesn’t necessarily square with the prospect of major crypto companies encouraging people to engage in the traditional political process.

“Insofar as such a person exists, they are probably somebody who is already deeply invested in the cryptocurrency space in one way or another,” says David Golumbia, a Virginia Commonwealth University professor who has written about the politics of bitcoin. “The irony is that the whole space is so saturated with anti-government sentiment and anti-democratic ideas.”

“One of the ways that you’ll accelerate policy progress on Web3 is the moment that candidates begin to poll on Web3 and see just how many people hold it,” said Chris Lehane, a prominent Democrat political consultant who now works for Haun Ventures, which was founded by former Andreessen-Horowitz partner Kathryn Haun. “Coming out of politics, you just don’t see cohorts of this size.”

Right now, crypto doesn’t fall along party lines in the way that major issues like gun reform, climate change, and abortion do. Republican and Democrat candidates have supported and criticized crypto, and there are members of both parties in the Congressional Blockchain Caucus, a group of lawmakers who are studying the technology. A poll conducted by Morning Consult late last year found that similar shares of Democrats and Republicans favor fewer regulations on crypto, and surveys commissioned by pro-crypto firms have produced comparable findings.

Haun Ventures recently commissioned a Morning Consult survey showing that likely swing state voters support the ideology behind Web3, a term that some use to refer to technologies like cryptocurrencies and the blockchain, and found that “Web3 voters” in New Hampshire, Nevada, Ohio, and Pennsylvania leaned slightly Democratic. GMI PAC, a super PAC backed by several crypto-focused venture capital and investment firms as well as the hedge fund led by Trump-era minor character Anthony Scaramucci, also published a poll this month emphasizing that many voters are now actively using or may want to use cryptocurrencies.

“You’re seeing the industry funneling tens of billions of dollars to really push their regulatory agenda on the hill,” Stephen Diehl, a prominent critic of crypto and co-founder of the Center for Emerging Technology Policy, told Recode. “It’s a pretty natural extension that they would be trying to get the electorate.”

While crypto users don’t seem to be squarely at home in any one party, crypto companies are still trying to get them to vote for pro-crypto candidates. After launching its voter registration initiative this past summer, Coinbase established a “legislative action portal” inside its app, which is typically used to monitor crypto prices and trade in various cryptocurrencies. This portal ranks politicians on their support for crypto using data collected about their public statements, legislative record, and whether or not they accept crypto campaign donations. The rating for Majority Leader Chuck Schumer, for instance, leans negative, while the rating for New York’s other senator, Kirsten Gillibrand, is very positive.

“We’re trying to build things that are educational infrastructure that outlive this midterm, that outlive 2024 elections, that give people a way to engage in the process, not only just October and in an election year, but [in] March of an off-year,” said Miti Sathe, who leads community engagement at Coinbase and previously worked on the Obama campaign. “We are keeping up the enthusiasm around the crypto issues for our community because that’s what we’re hearing from the community. “

Right now, many of the politicians listed in Coinbase’s systems don’t have ratings at all, though Sathe is hoping that crypto policy will soon become a significant enough voting issue that more officials take a public stand. In the meantime, the app also directs Coinbase users to a website that sends a form email to politicians urging them to support “pro-crypto policies.” Brian Armstrong, Coinbase’s CEO, has said that the app could eventually help politicians solicit donations and expand to elections outside the US. In the wake of employee discussion about racial justice and George Floyd’s murder in 2020, though, Armstrong banned internal debates about politics and said the company would “focus minimally on causes” unrelated to its primary business.

Beyond engaging voters directly, there’s the movement among some pro-crypto politicians to accept cryptocurrency donations. There’s not much difference between someone sending a campaign cryptocurrency that they then convert into dollars they can easily spend, and a person converting the crypto themselves before making a donation. Still, politicians can now accept crypto via several platforms, including Coinbase, BitPay, and a service called Engage Raise, which specifically focuses on politics. Sixteen candidates have signed up to accept cryptocurrencies like bitcoin, ethereum, and dogecoin donations with Engage Raise, and others directly solicit crypto on their campaign websites.

The results have been mixed. Martin Dobelle, the CEO of the company that runs Engage Raise, told Recode they’ve received crypto donations from “probably about halfway” between 10 and 100 people. BitPay CEO Bill Zielke told Recode in an email that the platform has processed “more than 500 crypto donations” this year but would not say how many of those were specifically for political campaigns, compared to other causes. At the same time, Blake Masters, a Trump-backed Republican venture capitalist who is running for Senate in Arizona, raised more than half a million dollars by auctioning off 99 NFT versions of the book he co-authored with Republican donor Peter Thiel, along with the opportunity to attend social events.

Federal Elections Commission data shared with Recode suggests that campaigns have disclosed at least 350 receipts for cryptocurrency transactions between the start of 2021 and the end of September of this year, though that number may not include all the donations made in the third quarter of 2022. Still, a single campaign might process several times more receipts in traditional currency during an election cycle, and just a handful of campaigns represented crypto receipts that the FEC’s data highlighted, including Masters, Sen. Ron Wyden, and a Democratic candidate named Matt West in Oregon. The FEC allows crypto donations but has issued recommendations for how crypto contributions should be disclosed.

“States are writing guidance on this, but it’s early,” Sarah Bryner, the director of research and strategy at OpenSecrets, told Recode. “So I think candidates and political committees are a little bit cautious for good reason to accept or solicit money of this type.”

Crypto’s biggest influence on politics, though, isn’t expressed in bitcoin or ethereum. It’s all about US dollars — and lots of them. A series of pro-crypto PACs have emerged with cash to support pro-crypto politicians in both parties, including the Blockchain Association, Web3 Forward, and Crypto Innovation. A crop of think tanks and lobbying firms have already arrived on the Beltway, eager to influence how politicians put together emerging crypto regulations. And then there’s the new crypto donor class: Sam Bankman-Fried, the billionaire founder and CEO of the crypto platform FTX, has suggested that he might spend as much as $1 billion on the 2024 election — though he’s recently walked back the idea — and ranks among the most influential individual donors this election cycle.

Still, while the attempt to mobilize voters in favor of crypto is only one part of a broader movement to incorporate crypto into institutional politics, the people behind the effort said they’re hopeful crypto holders could become a real force in future elections. While crypto companies are understandably excited about the idea, others are already worried about what an influential crypto voting base could ultimately mean.

“You go to somebody and you say, ‘Well, who are you voting for?’ And they say, ‘Well, which one’s better for crypto?’” said Rohan Grey, a law professor at Willamette University who advised Rep. Rashida Tlaib on stablecoin regulation. “But when a nontrivial number of the people running for office don’t actually believe in the electoral process or are outright fascistic in their goals, being a single-issue voter around crypto is particularly dangerous to democracy.”