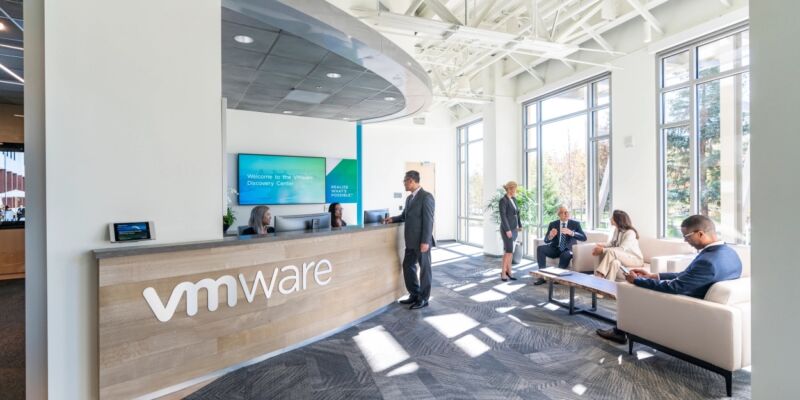 Chipmaker Broadcom will be acquiring VMware for $61 billion in cash and stock, the companies announced today.

Broadcom is best known for designing and selling a wide range of wired and wireless communication chips, including Wi-Fi and Bluetooth chips and the processors that power many routers and modems. But the company has spent billions in recent years to acquire an enterprise software portfolio—$18.9 billion for CA Technologies in 2018 and $10.7 billion for Symantec in 2019. The VMware buy is much larger than either of those purchases, but it fits the pattern of Broadcom’s other software acquisitions.

Once the acquisition is completed, the Broadcom Software Group will adopt the VMware name. If approved, Broadcom expects the transaction to be complete in 2023.

This wouldn’t be the first time someone paid a lot of money for VMware. EMC first purchased the company back in 2004 for $625 million (or just under $1 billion, adjusted for inflation). EMC itself was acquired by Dell for $67 billion in late 2015, and VMware was part of that acquisition. Dell sold many of its shares of VMware in late 2021 to help pay off debts, though Michael Dell continues to own about 40 percent of VMware’s stock and remains the chairman of VMware’s board.

VMware makes most of its money from subscriptions to its enterprise software products, which handle the virtualization of PCs and apps, networking, and security. Ars readers may know it better for its consumer virtualization products, which include VMware Fusion for Mac and the free-for-home-use VMware Workstation Player.