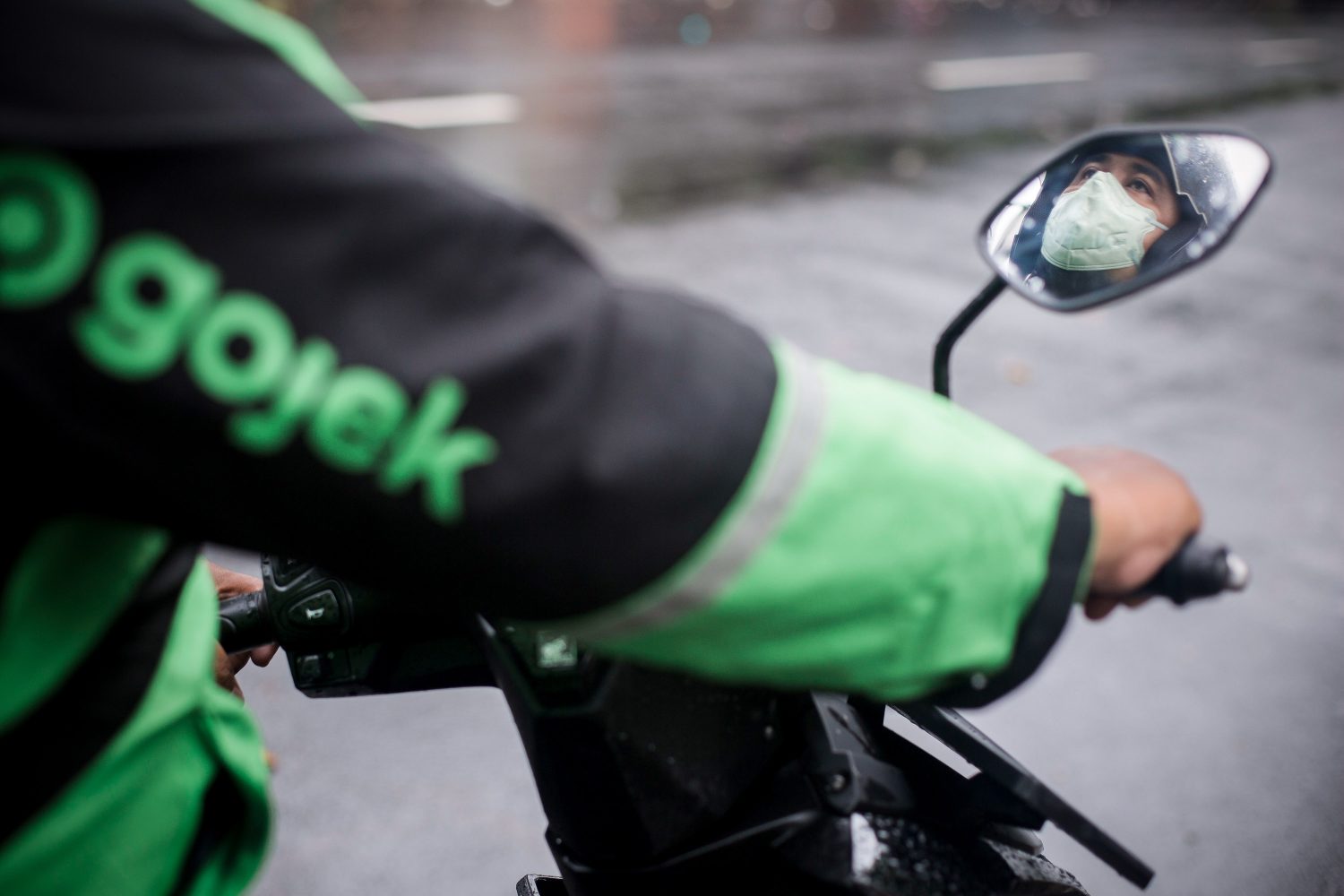 “When I interview representatives of the driver community, they say that their life in Gojek is like a drug addiction,” says Suci Lestari Yuana, a PhD candidate at Utrecht University, who studies the conflicts and controversies surrounding the platform economy in Indonesia. They watch their income shrink, but “they don’t have other options to get out anymore,” Yuana says. “They understand that they’re very dependent on the company.”

“Our driver partners are the core of our business, and their welfare will always be our top priority,” says Tanah Sullivan, head of sustainability at GoTo Group, Gojek’s parent company. “With the majority driving part-time, the flexibility Gojek offers allows drivers to augment their income with other earning opportunities… Based on our own data, both two-wheel and four-wheel drivers’ overall satisfaction has continued to improve particularly in relation to earnings on our platform.”

Kejo, in his 30s and father to two young girls, pulls up to the Benhil base camp on his Honda scooter around 7 p.m. Like many drivers, he sports the logo of his driver community, Gojek on Twit, or GoT, an informal collective he helped form in 2017 that stays connected through base camps and online groups.

Today his work day, which usually starts in the early afternoon, ended with an unexpected long-distance ride. It was tiring, but now he’s satisfied that he hit his daily target. He almost always hits his target, he says with a grin as he digs into a plate of fried rice. He admits he’s among the lucky ones. His account is considered gacor—a term that implies it’s inexplicably blessed with a steady stream of fresh orders.

Kejo (who, like many Indonesians, has only one name) joined Gojek in 2015, right when the app exploded in popularity. Though three-quarters of Indonesia’s employed perform informal work, according to the OECD, he hadn’t been among them; as a car salesman and a bank teller, he’d held stable jobs with benefits. But when Uber, Grab, and then Gojek came onto the scene, ride-hailing had a certain allure. It promised greater freedom than an office job—and, crucially, more money.

Indeed, he could earn 700,000 to 800,000 Indonesian rupiah (roughly $48 to $56) per day through 2016, when Gojek rewarded the most active “driver-partners” with generous bonuses. That could translate into an income that was significantly higher than the minimum wage in Jakarta, which is 4.6 million IDR, or $320, per month.