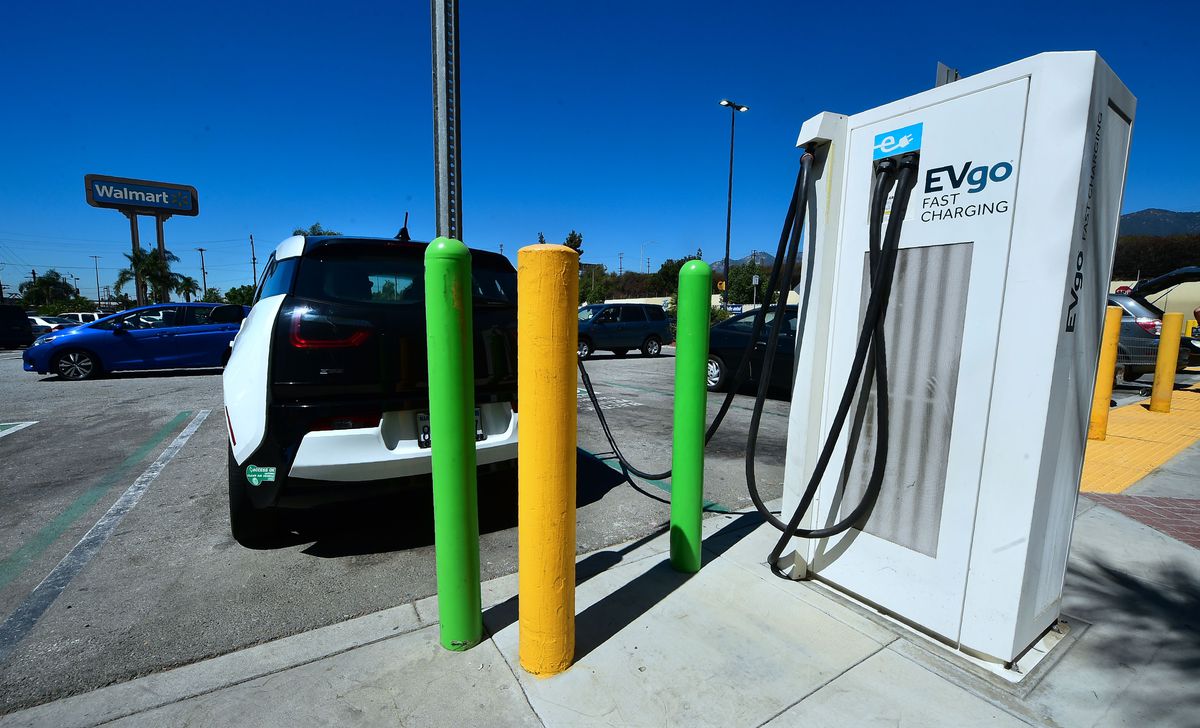 Slowly but surely, electric cars and trucks are taking over American highways. The White House aims for half of new vehicles sold in the US to be EVs by 2030, and auto giants like GM and Volvo want to go all-electric in a similar time frame. As utility companies hurry to expand the number of charging stations — a critical step for the EV transition — the future of the gas station is in doubt.

Right now, gas stations are a regular part of American life, a place drivers go on a daily or weekly basis to fill up and sometimes grab a snack. But the fuel pump plus convenience store concept has much less to offer the country’s small but growing number of EV owners.

installed charging ports alongside their pumps, people tend to do the lion’s share of their EV charging at home. And since EV chargers can be installed in almost any location that’s connected to the power grid — they’re now available in office garages and rest stops, and will soon be in some Starbucks parking lots — the gas station is increasingly unnecessary for some Americans.

“The beauty is that you’re not locked into a gas station,” argues Rob Barrosa, a senior director of sales and marketing at Electrify America, an EV charging network and subsidiary of Volkswagen. “How do we get the power to where we want it? That’s a much easier problem to solve than having to deal with big huge gas tanks that you’ve got to bury into the ground.”

This is worrisome news if you’re in the gas station business. Boston Consulting Group analysts estimate that if EVs do take off, as much as 80 percent of the fuel retail market could be unprofitable by 2035. Should demand for gasoline completely disappear, many of the more than 100,000 stations throughout the country would be at risk of going out of business. If they’re not able to sell fuel, gas stations would struggle to make money since people typically buy products at their convenience stores while they’re filling up.

So if these businesses want to survive, they need to start reinventing themselves for a world beyond gas. That could be hard to do, or even impossible. Installing EV chargers in existing gas station locations can be quite expensive. Meanwhile, those locations might become irrelevant as car manufacturers, charging station companies, and the government race to build a brand new network of EV chargers.

Some are already imagining what a post-gas station future might look like. It might be as simple as electrified parking spots placed throughout a city, or lead to futuristic road stops where people can go to the gym or stroll through a garden while their EVs charge. One thing is certain, though: EVs are bound to change our built environment.

How to retrofit a gas station for EVs

Gas stations currently serve as middlemen between the fossil fuel industry and drivers. Oil companies need a place where they can easily distribute their product to customers, and drivers need a convenient, reliable spot to fill their gas tanks. And again, gas stations aren’t just in the business of selling gas and diesel. They also make money by selling food, alcohol, cigarettes, and lottery tickets, among other things. Some gas stations offer mechanic services; some have restaurants inside them.

To adjust this business model for the EV era, some gas stations are now installing Level 3 chargers, which can deliver as much as 20 miles of range per minute, alongside their old pumps and convenience stores. Some of these fast chargers make EV charging almost as speedy as filling up a gas tank the old-fashioned way, and they’re much faster than what people typically use at home. Several gas station owners who have or are installing Level 3 chargers told Recode that their goal is to become “fuel agnostic” and appeal to EV drivers as well as those with gas-powered cars.

But for many gas stations, the cost of an EV charger outweighs the benefits. The charger itself can cost tens of thousands of dollars, which is a tough expense for a small business. The overall cost can be much more, since installation often involves drilling through asphalt and laying electrical wiring, and sometimes gas stations also need to buy transformers to boost the overall electrical capacity of their sites. Chris Bambury, who operates several gas stations in California, told Recode that setting up just four EV chargers at one of his locations would have cost about half a million dollars if government and utility programs hadn’t covered about 90 percent of the bill.

An even bigger challenge is that gas stations already face intense competition from other public EV chargers. Data collected by the Department of Energy shows that, of the public charger locations the agency fully tracks, there are currently more public chargers located at hotels and inns, shopping centers, and government buildings than there are at gas stations and convenience stores. This is a limited picture of the nation’s charging network, and it doesn’t include the large number of chargers built by private companies like Blink, Electrify America, and Chargepoint. These companies also seem to prefer installing these chargers in places with parking spots connected to the grid, where EV drivers can find something to do while charging, like go to a grocery store or a restaurant.

The fight over the future of charging

For a number of reasons, the government really wants to convince people that EVs are just as easy to use — and can go just as far — as gas vehicles, so it’s building a huge number of charging stations in convenient locations. To accelerate this effort, the White House plans to spend $5 billion as part of a goal to build more than 500,000 public chargers across the country by the end of the decade. That money will be distributed among the states, and the hope is that there will eventually be chargers at least every 50 miles on the US Interstate Highway System. Meanwhile, local and state governments are giving grants to businesses that install chargers on their premises.

Gas stations aren’t exactly enthusiastic about the government’s efforts to put EV chargers anywhere and everywhere. In Georgia, where several automakers want to build new EV-focused manufacturing plants, gas station trade groups are advocating for legislation that would limit the state power authority’s potential role in EV charging. At the national level, lobbying groups that represent the gas station and convenience store industries have pushed back against a proposal in Congress to build EV chargers at public rest stops on the interstate because, they argue, it would undermine gas stations’ ability to compete.

But perhaps the biggest obstacle facing gas stations: Charging an electric vehicle is often as simple as parking it. Many EV owners buy chargers that plug into a standard home wall outlet just like their laptop or phone, and that virtually eliminates the need for frequent refueling trips. These are typically less expensive Level 1 chargers that take a few hours to fully recharge a battery, which is perfectly acceptable for charging a vehicle overnight. And since the average EV can travel 260 miles on a single charge, most people only need to plug their cars in once a day.

So even if gas stations do install fast chargers, people who are traveling long distances may be their main customers. This situation is already playing out in Norway, where about 90 percent of new cars sold are now electric or hybrid. While gas stations have moved quickly to install charging ports, many EV drivers in Norway are only visiting them on a monthly basis.

The rise of EVs could actually lead to a new generation of pit stops. Some private companies, for instance, are opening their own luxurious destinations with multiple charging stations. Electrify America plans to open a series of flagship, EV-focused travel lounges with solar canopies and event spaces that could possibly offer valet services and curbside deliveries in California and New York later this year. Automakers are also experimenting with the idea of premium charging stations. In California, Tesla has already opened a charging hub for its vehicles that incorporates a lounge, an espresso bar, and free wifi. Porsche and Audi are developing similar plans for stations of their own.

None of this is necessarily surprising. New innovations often make old technology obsolete. After all, the phasing out of travel by horse also meant the demise of the horse-drawn carriage industry and the repurposing of stables. Now, after a century spent building complex infrastructure around gas-powered vehicles, another transition seems inevitable. This means that EVs aren’t just transforming the kind of cars people drive, but also where they take them.