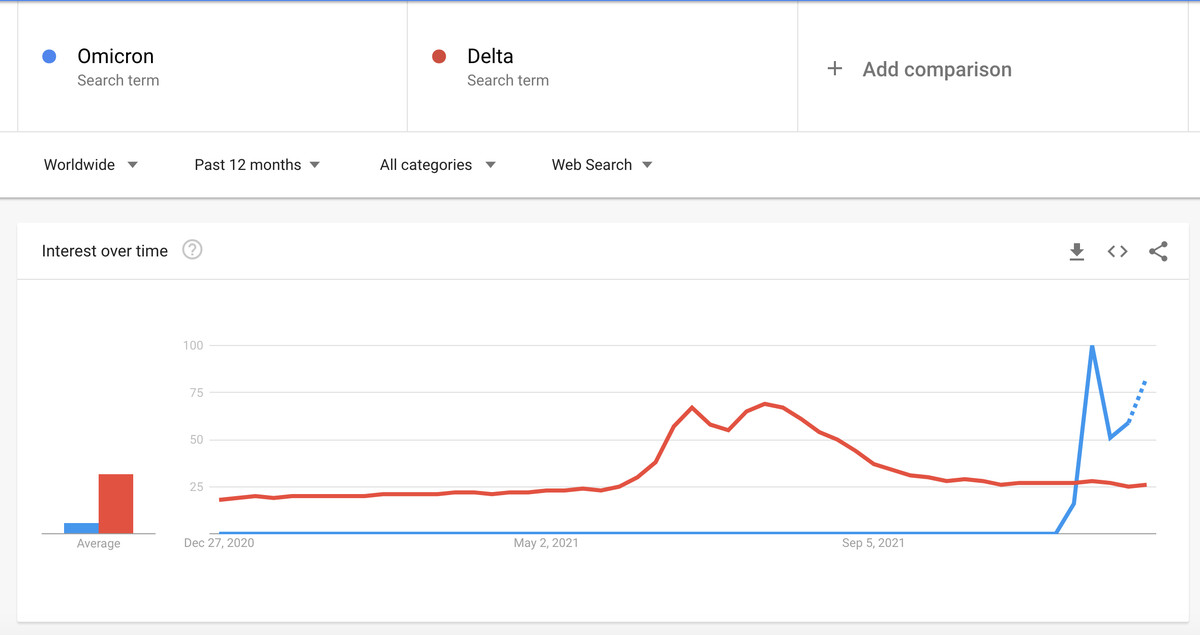 At the same time that omicron was quickly overtaking delta to be the dominant strain of Covid-19 in the US and many other countries, it’s also spread on social media.

People are posting about the omicron variant significantly more than they posted about the delta variant over a similar timeframe, according to an exclusive report for Recode gathered by media intelligence company Zignal Labs.

formerly a “meme librarian” at Tumblr.

Brennan described the prevalence of a kind of “defeatist vibe” and “gallows humor” in the memes she’s followed about omicron that’s “in a much deeper way than delta was.” While people are fed up with a seemingly never-ending cycle of contagion; they also may be more willing to joke about it now that the virus is better understood.

Since late November when omicron first became a variant of concern, around 2 percent of all tweets about the variant also mentioned New York, according to Zignal Labs. The proliferation of journalists, influencers, and other media types with large followings posting about the variant has helped omicron earn the moniker “the media variant.” Many New Yorkers on social media have posted images that have gone viral showing people lined up around city blocks to get a Covid-19 test, or TikTok compilations of screenshots from their group texts showing friends alerting each other of their Covid-19 statuses set to blaring pop music.

Overall, increased and early talk about omicron on social media can be both a good and a bad thing. On the one hand, early conversations about omicron could serve as a warning to the public to be more cautious as this highly contagious variant begins spreading.

But the onslaught of social media chatter can also provide an opening for misinformation about the variant to enter the online discourse, which has been a recurring problem since the pandemic began in early 2020.

“One thing that we tend to try to really watch for is particular agendas or objectives being furthered because when you have these huge discussions and so many eyeballs, it’s very easy for people to inject a message,” said Zignal Labs’ Granston.

As we end 2021 facing this new omicron wave, in many ways it feels like we’ve regressed back to 2020’s holiday spike. As people grapple with this feeling of deja vu, it makes sense that they’re talking more online, trying to understand how to adapt to the ever-changing new normal.