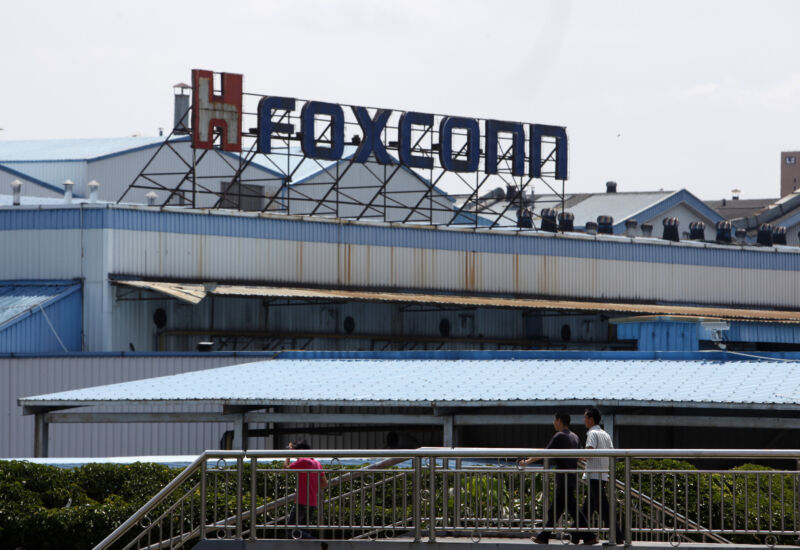 Violent worker protests have erupted at the world’s largest iPhone factory in central China as authorities at the Foxconn plant struggle to contain a COVID-19 outbreak while maintaining production ahead of the peak holiday season.

Workers at the factory in Zhengzhou shared more than a dozen videos that show staff in a standoff with lines of police armed with batons and clad in white protective gear. The videos show police beating workers, with some bleeding from their heads and others limping away from chaotic clashes.

Beijing’s strict zero-COVID regime has posed big challenges for the running of Foxconn’s Zhengzhou plant, which typically staffs more than 200,000 workers on a large campus in the city’s suburbs.

Wednesday’s unrest will heighten investor concerns about supply chain risk at Apple, with more than 95 percent of iPhones produced in China.

Problems at the plant earlier this month led Apple to cut estimates for high-end iPhone 14 shipments and to issue a rare warning to investors over the delays.

Two workers at the Foxconn factory said the protests broke out on Wednesday morning after Apple’s manufacturing partner attempted to deny bonuses promised to new workers put into quarantine before being sent to assembly lines.

“Initially they just went into the plant seeking an explanation from executives, but they [the executives] didn’t show their faces and instead called the police,” said one of the workers.

The Financial Times Ltd. All rights reserved. Please do not copy and paste FT articles and redistribute by email or post to the web.