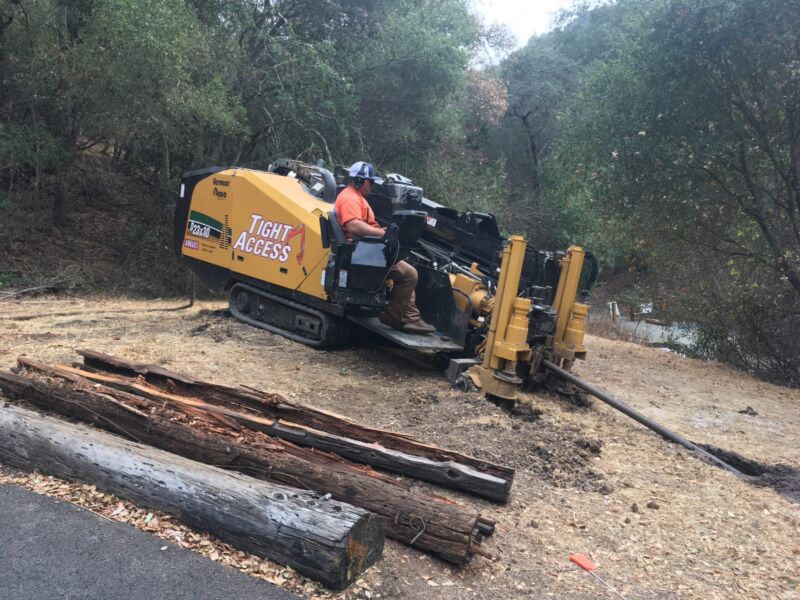 Our recent article about Silicon Valley residents who formed a co-op Internet service provider might have people wondering what it would take to get the same thing in their hometowns. The most obvious obstacle is price—in Los Altos Hills, California, residents have had to pay anywhere from $5,000 to $12,000 upfront for a fiber-to-the-home Internet connection.

But the company that built the Los Altos Hills network says its model isn’t just for wealthy people. “This is not the 1 percent solution, as people derisively call it to my face,” Next Level Networks CEO David Barron told Ars in a phone interview a few weeks ago. “Los Altos Hills was unique.”

Los Altos Hills residents were the first to contract with Next Level Networks, and Barron said the company has “a fairly aggressive expansion plan to go into a number of markets throughout the United States in the next five years.”

When Next Level builds a local network, the residents own the infrastructure and split the upfront costs. Residents themselves take care of finding potential customers, and installation begins once enough people sign up.

“Our first customers were wealthy because they were motivated and willing to take a risk,” Barron said. But the per-resident costs will be “much less expensive” elsewhere, particularly for multi-unit buildings or homeowner associations where houses are close together, he said.

Next Level designs each network, installs fiber, arranges for backhaul, and provides Internet service. The networks are open-access, so other entities could offer broadband over the same wires.

Besides Los Altos Hills, Next Level has five other customers in varying stages of progress, all in California. Barron said these include cooperatives in Woodside, Palo Alto, and an unincorporated area of Los Gatos that is technically outside the city limits. He said the company is also building networks for two homeowner associations in Santa Rosa.

plans its own fiber network, and the cooperative is securing a backhaul circuit from the city and “working closely” with the city government, Barron said.

Barron said that wiring up Los Altos Hills was relatively expensive because it’s “a very ruralish suburb” with acre-plus lot sizes. Fiber builds are less expensive with smaller lots and cheaper still with apartment buildings and condos, he noted.

But even in Los Altos Hills, Next Level was by far the cheaper option for resident Sasha Zbrozek. As we previously wrote, Comcast told Zbrozek he’d have to pay $210,000 in exchange for Comcast installing 700 feet worth of cable to his home.

Zbrozek declined Comcast’s offer and was happy to pay $12,000 instead to get the gigabit downloads and uploads offered by Next Level’s fiber. And unlike with Comcast, Zbrozek and neighbors own their local network infrastructure.

Next Level seeks investors for expansion

Many startups that wanted to disrupt the US broadband industry have failed, and consumers throughout much of the US still often have only one or two choices—if any—for high-speed Internet access.

While Next Level is already helping some small communities get Internet access, it’s not yet clear whether it will make an impact on a large scale. For now, the company is moving ahead with its initial projects and seeking investment to fund expansion into other states.

Next Level has private funding and one institutional investor and is “talking to a number of potential venture investors,” Barron said. “We need to raise money to hire more people to go on to our aggressive expansion plan.”

The company has not yet turned a profit. “We have not yet gotten to critical mass of customers,” Barron said. Next Level is focusing on the Bay Area for now because its resources are limited.