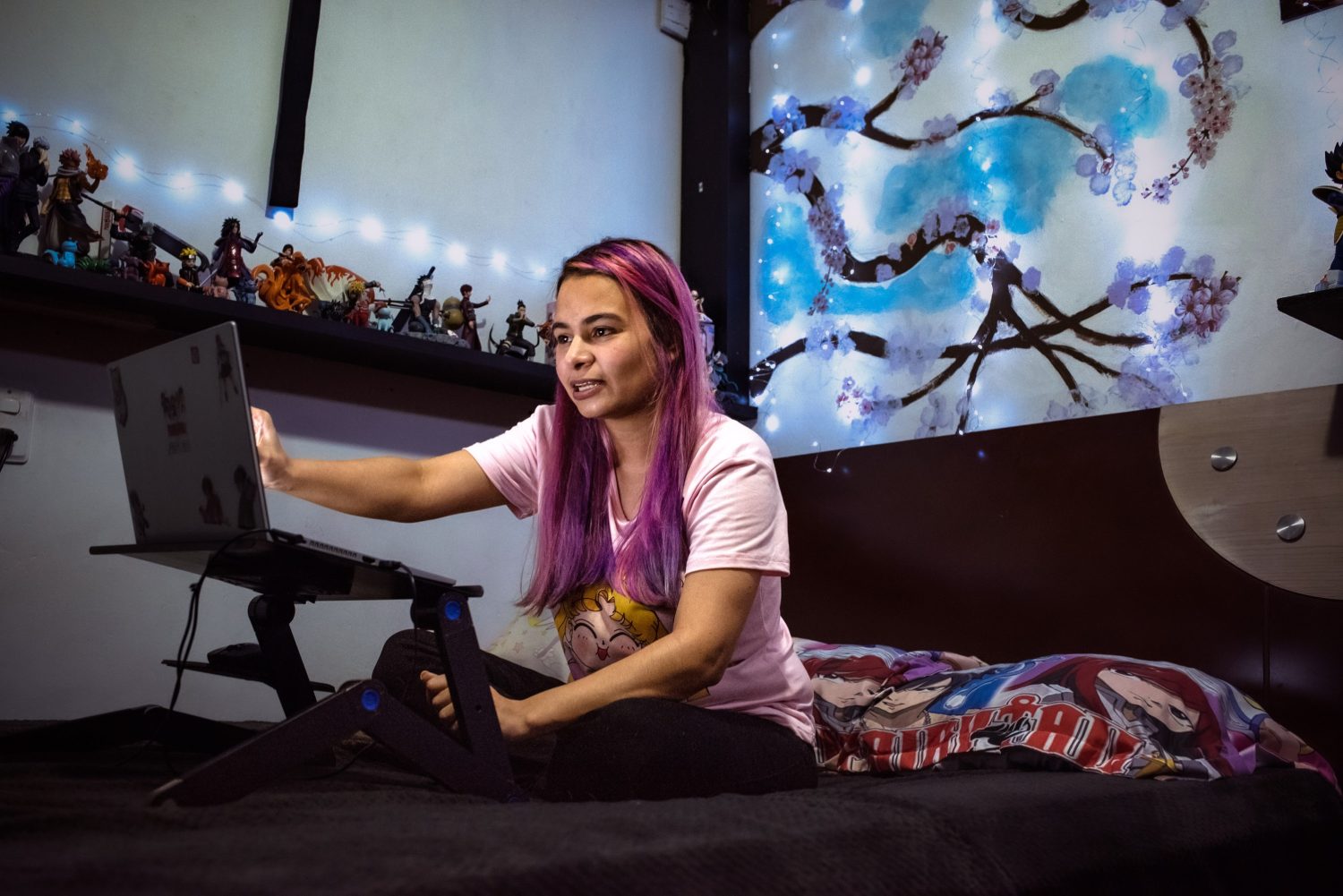 These days, Fuentes waits anxiously by her computer, ready to start tasking at a moment’s notice. Some weeks, her hypervigilance leads to nothing; others she brings in a dismal $6 to $8, falling short of the threshold to withdraw her money. On occasion, a high-paying task appears, and she makes $300 in a few hours.

The windfalls come just often enough to make her average income tenable. But they’re also rare enough to keep her tethered to her computer. If a good task appears, there are only seconds to claim it, and she can’t afford to lose the opportunity. Once, while out on a walk, she missed a task that would have made her $100. Now she restricts her walks to weekends, having learned that clients usually post tasks during their working hours.

She vents her frustrations in Telegram and Discord groups of other Venezuelans on Appen. Members trade strategies and hacks for increasing their earnings. They also share tools developed by the community to make the work easier. Fuentes uses a number of these tools, including a browser extension that sounds an alarm when a new task appears. She keeps it on loud even when she sleeps, to wake her up in the middle of the night.

One group in particular has helped her significantly increase her earnings. Appen sends different work to different workers, basing the distribution on a host of signals including their location, speed, and proficiency. While those in the group don’t know the exact mechanism, they know they each receive different tasks. And as work on Appen began dwindling, they realized they could access one another’s.

The group now pools tasks together. Anytime a task appears in one member’s queue, that person copies the task-specific URL to everyone else. Anyone who clicks it can then claim the task as their own, even if it never showed up in their own queue. The system isn’t perfect. Each task has a limited number of units, such as the number of images that need to be labeled, which disappear faster when multiple members claim the same task in parallel. But Fuentes says so long as she’s clicked the link before it goes away, the platform will let her complete whatever units are left, and Appen will pay. “We all help each other out,” she says.

The group also keeps track of which client IDs should be avoided. Some clients are particularly harsh in grading task performance, which can cause a devastating account suspension. Nearly every member of the group has experienced at least one, Fuentes says. When it happens, you lose your access not only to new tasks but to any earnings that haven’t been withdrawn.

The time it happened to Fuentes, she received an email saying she had completed a task with “dishonest answers.” When she appealed, customer service confirmed it was an administrative error. But it still took months of pleading, using Google Translate to write messages in English, before her account was reinstated, according to communications reviewed by MIT Technology Review. (“We … have several initiatives in place to increase the response time,” Golden says. “The reality is that we have thousands of requests a day and respond based on priority.”)