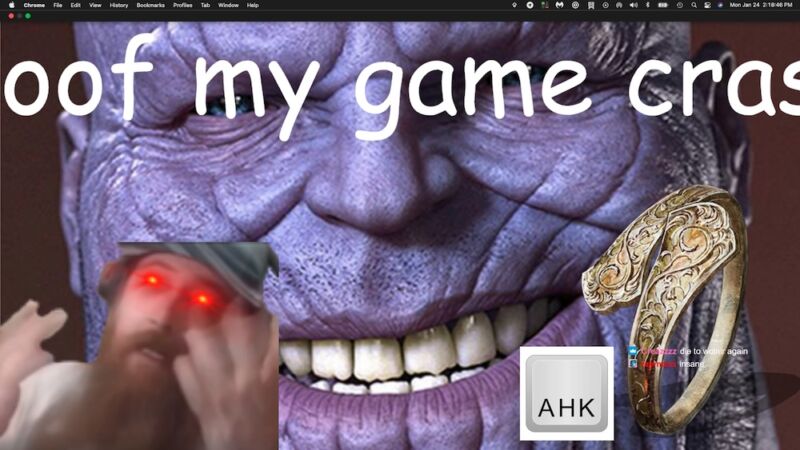 here and here. An exploit that hit a user named The_Grim_Sleeper was captured in a video stream posted over the weekend. Starting around 1:20:22, the user’s game crashed, and a robotic voice mocked his gameplay and maturity level.

“What the fuck,” The_Grim_Sleeper said in response. “My game just crashed, and immediately Powershell opened up and started narrating a fucking” screed. “I didn’t even know that shit was possible.”