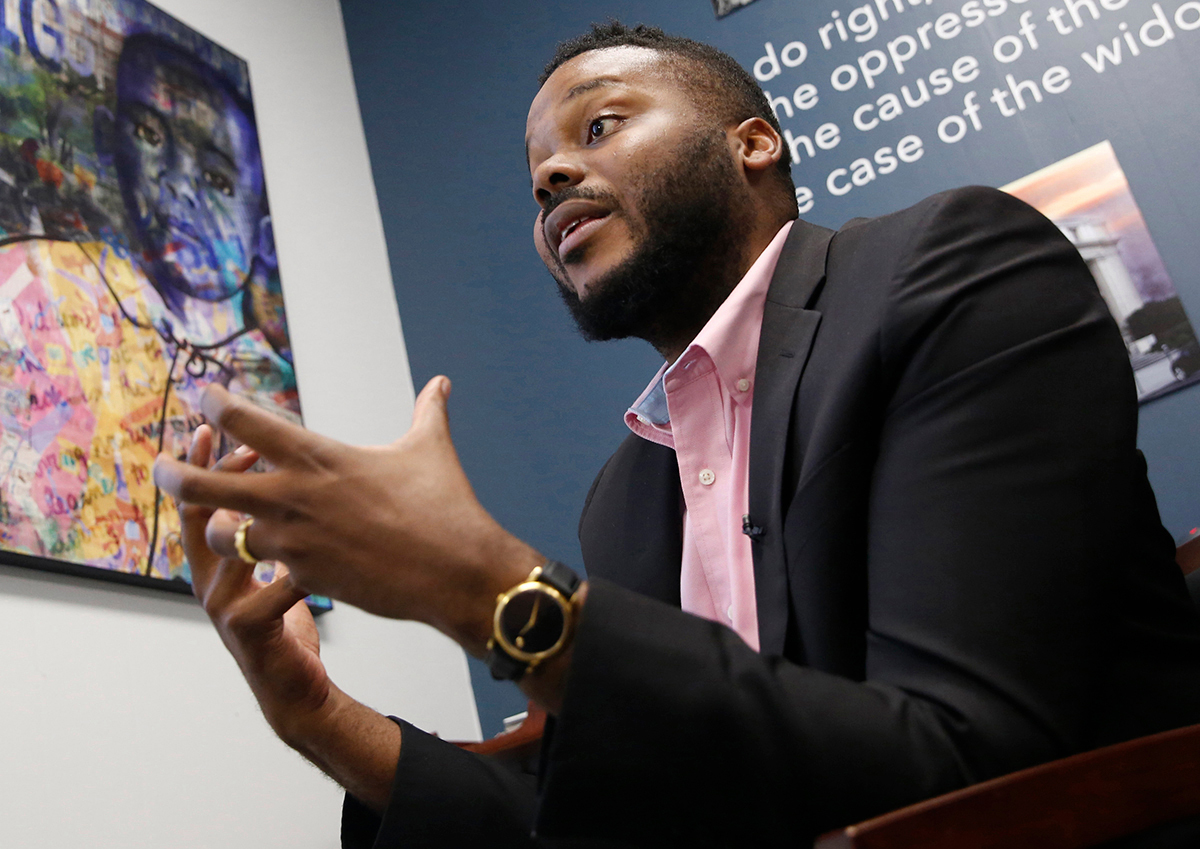 Buoyed by this success, Tubbs started an organization, Mayors for Guaranteed Income, to expand his city’s pilot. To date, 42 mayors across America have signed on, and additional projects are now being run in towns and cities from Hudson, New York, and Gary, Indiana, to Compton, California.

Since the results of SEED’s first year were released in March, Tubbs has often been asked what he learned from it. “I am tempted to say ‘Nothing,’” he told me in late March.

He means the pilot didn’t tell him anything that wasn’t already obvious to him: he knew from personal experience that many stereotypes about poor people (especially poor Black people) are not, as he put it, “rooted in reality.”

Tubbs was born in Stockton to a teenage mother and an incarcerated father. He attended Stanford on a need-based scholarship, and returned home after graduation. Soon he was elected to City Council, before becoming mayor when he was just 26.

Tubbs didn’t need the data to know he could trust people to make rational financial decisions, but the experience did help him “learn the power of narrative.”

The need to change narratives through research and evidence was also apparent to Nyandoro, of Magnolia Mother’s Trust. A few days before the third cohort began receiving money, I asked her what research questions she hoped this new cycle would answer.

“We have more than enough data now to prove that cash works,” she told me. Now her question was not how cash would affect low-income individuals but, rather, “What is the data or talking points that we need to get to the policymakers … to move their hearts?” What evidence could be sufficient to make guaranteed income a federal-level policy?

As it turned out, what made the difference wasn’t more research but a global pandemic.

This was all worse for people of color. By February 2021, Black and Hispanic women, who make up only a third of the female labor force, accounted for nearly half of women’s pandemic job losses. Black men, meanwhile, were unemployed at almost double the rate of other ethnic groups, according to Census data analyzed by the Pew Research Center.

All this also changed the conversation about the costs of guaranteed income programs. When the comparison was between basic income and the status quo, they’d been seen as too expensive to be realistic. But in the face of the recession caused by the pandemic, relief packages were suddenly seen as necessary to jump-start the American economy or, at the very least, avoid what Jerome Powell, then chairman of the Federal Reserve, called a “downward spiral” with “tragic” outcomes.

“Covid-19 really illustrated all the things that those of us who actually work with, and work for, and are in relationship with, folks who are economically insecure know,” says Tubbs. That is, poverty was not an issue of “the people. It’s with the systems. It’s with the policies.”

Stimulus payments and increased unemployment benefits—that is, direct cash transfers to Americans with no conditions attached—passed with huge public support. And earlier this year, an expanded Child and Dependent Tax Credit (CTC) was introduced that provides up to $3,600 per child, paid in monthly installments, to most American families.

This new benefit, which is set to last for a year, is available even to families that don’t make enough money to pay income tax; they had been left out of previous versions of the tax credit. And by sending monthly payments of up to $300 per child, rather than a single rebate at the end of the year, it gives families a better chance to plan and budget. It is expected to cut child poverty in half.

Washington might not have used the language of guaranteed income, but these programs fit the definition.

The CTC is “a game changer,” says Natalie Foster, a cofounder of the Economic Security Project, which funded many of the guaranteed income pilots, including both SEED and Mayors for Guaranteed Income. It “overturns decades of punitive welfare policies in America,” she says, and sets the stage for more permanent policies.

Whereas her organization originally thought it might take a decade of data from city-based pilot programs to “inform federal policymaking,” the CTC means that guaranteed income has, at least temporarily, arrived.

The stimulus bills and CTC also make Tubbs “more bullish now than ever” that guaranteed income could soon become a permanent fixture of federal policy.

“We live in a time of pandemics,” he says. “It’s not just covid-19. It’s an earthquake next month. It’s wildfires. All these things are happening all the time—not even mentioning automation. We have to have the ability for our folks to build economic resilience.”

But even if the rhetoric has shifted away from the technocratic concept of UBI, Silicon Valley’s interest in universality hasn’t gone away. Last April, Jack Dorsey announced a new philanthropic initiative, Start Small LLC, to give away $1 billion.

The donations would focus initially on covid-19 relief and then, after the pandemic, shift to universal basic income and girls’ education, he said. Putting money toward these causes, Dorsey explained, represented “the best long-term solutions to the existential problems facing the world.”

Despite its announced focus on universal basic income, StartSmall has become one of the largest funders of guaranteed income. It donated $18 million to Mayors for Guaranteed Income, $15 million to the Open Research Lab (previously known as the Y Combinator basic income experiment), $7 million to Humanity Forward, Andrew Yang’s foundation, and most recently $3.5 million to establish a Cash Transfer Lab at New York University to conduct more research on the issue.

Yang, now running for mayor of New York City, has also shifted away from his focus on universality. Rather than sending $1,000 checks every month to everyone, he now advocates for a guaranteed minimum income of $2,000 per year for New Yorkers living in extreme poverty.

Tubbs claims some credit for these shifts. He recalls a conversation with Dorsey in which he told the billionaire, “It’s gonna take time to get to universality, but it’s urgent that we do guaranteed income… So look, we’re not going to … test a UBI. We can test the income guarantee. Let’s start there.”

If his donations are any indication, Dorsey took Tubbs’s words to heart. What’s still unclear, however, is whether he and other tech leaders see guaranteed income as a stepping-stone to UBI or as an end in itself. (Neither Dorsey nor Start Small staff responded to requests for an interview.)

Scott Santens, one of the earliest “basic income bros,” believes that the tech sector’s initial interest in UBI as a fix for job loss is still relevant. The pandemic has led to an increase in sales of automation and robots, he says, pointing to reports that inquiries about Amazon’s call center tech have increased, as have purchases of warehouse robots to replace warehouse workers.

Meanwhile, Sam Altman, who helped kick off Y Combinator’s UBI experiment before leaving to head the artificial-intelligence startup OpenAI, wrote a recent manifesto about the situation. In it, he urged that we remain focused on the bigger picture: even if the pandemic has caused a short-term shock, it is technology—specifically, artificial intelligence—that will have the greatest impact on employment over time.

Altman called for the UBI to be funded by a 2.5% tax on businesses. “The best way to improve capitalism is to enable everyone to benefit from it directly as an equity owner,“ he wrote.

But would “everyone” include people of color, who are already being harmed at disproportionate levels by AI’s biases? And could a dividend paid out from the spoils of artificial intelligence make up for that harm? Altman’s manifesto notably leaves out any mention of race.

When reached for comment, he sent a statement through an OpenAI representative saying, “We must build AI in a way that doesn’t cause more harm to traditionally marginalized communities. In addition to building the technology in an equitable and just way, we must also find a way to share the benefits broadly. These are independently important issues.”