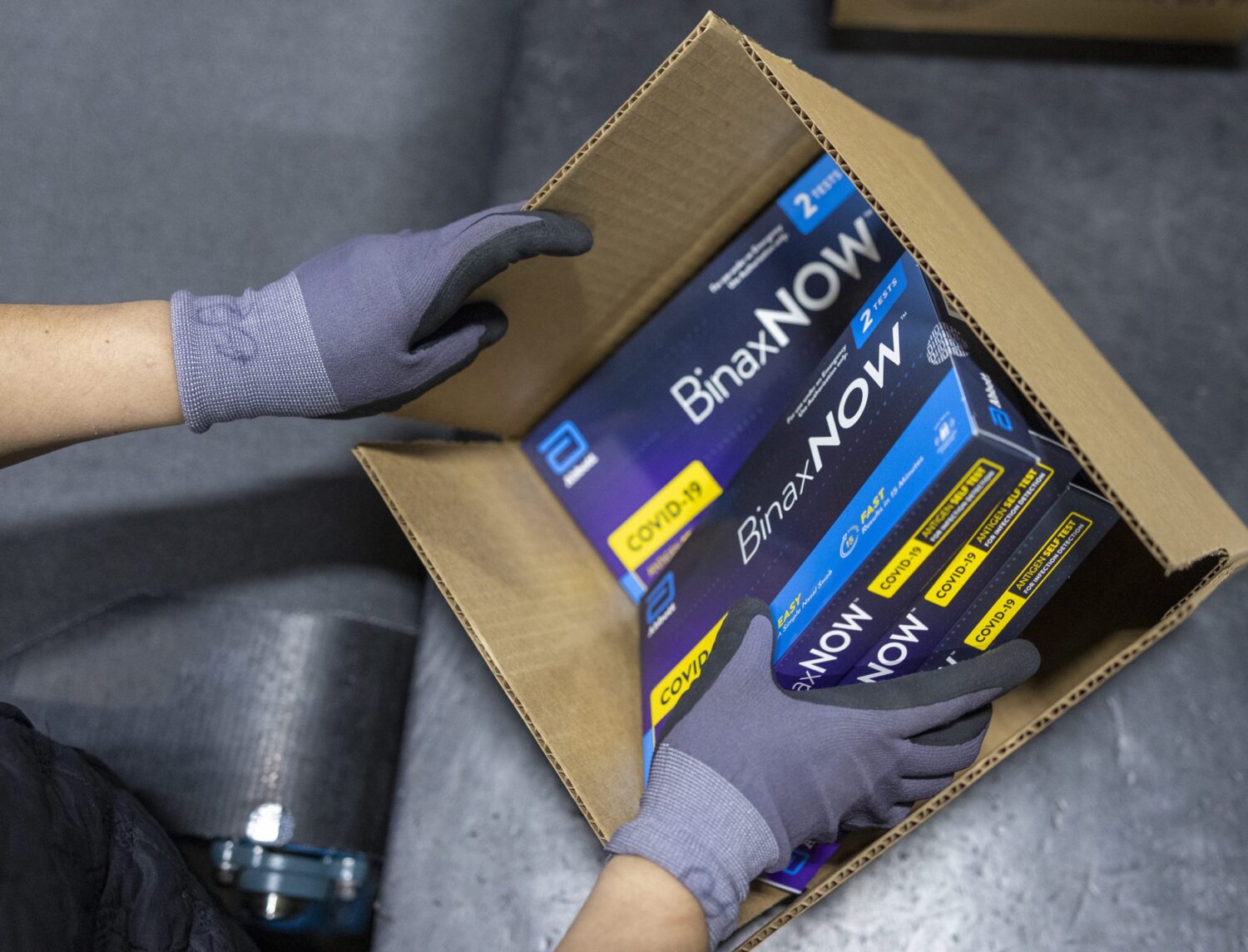 As a result, I don’t think home tests are as useful as some have hoped. If used at scale to screen for covid, they could send millions of anxious people in search of lab tests and medical care they don’t need.

As the covid-19 pandemic spread around the globe last year, economists and scientists called for massive expansion of testing and contact tracing in the US, to find and isolate infected people. But the number of daily tests in the US has never much exceeded 2 million, according to the Covid Tracking Project, and most of those were done in labs or on special instruments.

Home tests will now be manufactured in the tens of millions, say their makers, but some experts aren’t sure how much they will matter at this point. “The real value of these tests was six months ago,” says Amitabh Chandra, a professor at Harvard University’s Kennedy School. “I think that the move to over-the-counter is great, but it has limited value in a world where vaccines become more widely available.” Vaccination credentials could be more important for travel and dining than test results are.

Companies selling the tests say they are still a relevant strategy for getting back to normal, especially given that kids aren’t getting vaccinated yet. For employers who want to keep an office or factory open, they say, self-directed consumer tests might be a good option. A spokesperson for Abbott told me that they might also help people “start thinking about coordinating more covid-conscious bridal showers, baby showers, or birthday parties.”

The UK government started giving away covid antigen tests for free, by mail and on street corners, on April 9, saying it wants people “to get in the habit” of testing themselves twice a week as social distancing restrictions are eased. Along with vaccines, free tests are part of that nation’s plan to quash the virus. Later, though, a leaked government memo said health officials were privately worried about a tsunami of false positives.

In the US, there’s no still no national campaign around home tests or subsidy for them, and as an out-of-pocket expense, they are still too expensive for most people to use with any frequency. That may be for the best, given my experience.

Everything you need is in one box, except in the case of the Ellume test, which must be paired with an app. Overall, the Lucira test had the best combination of advertised accuracy and simplicity, but it was also the most expensive at $55.

We didn’t try Quidel QuickVue, another antigen test, or a molecular test from Cue Health. Those tests, while authorized for home use, are not being sold directly to the public yet.

After trying all the tests, I am not planning to invest in using them regularly. I work from home and don’t socialize, so I don’t really need to. Instead, I plan to keep at least one test in my cupboard so that if I do feel sick, or lose my sense of smell, I will be able to quickly find out whether it’s covid-19. The ability to test at home might become more important next winter when cold and flu season returns.

Time required: about 20 minutes
Price: $23.99 for two
Availability: At some CVS stores starting in April. Abbott says it is making tens of millions of BinaxNow tests per month.
Accuracy: 84.6% for detecting covid-19 infections, 98.5% for correctly identifying covid-19 negatives

This is the at-home version of the fast, 15-minute test the White House was using last year to screen staff and visitors. It’s an antigen test, meaning that it examines a sample from a nasal swab to detect a protein in the shell of the virus. It went on sale in the US last week, and I was able to buy a two-test kit at CVS for $23.99 plus tax.

The technology used is called a “lateral flow immunoassay.” In simple terms, that means it works like a pregnancy test. It’s basically a paper card with a test strip. As the sample flows through it, it hits antibodies that stick to the virus protein and then to a colored marker. If the virus is present, a pink bar appears on the strip.

I found the test fairly easy to perform. You use an eye dropper to dispense six drops of chemical into a small hole in the card; then you insert a swab after you’ve run it around in both nostrils. Rotate the swab counterclockwise, fold the card to bring the test strip in contact with the swab, and that’s it. Fifteen minutes later, a positive result will show up as a faint pink line.

The drawback of the test is that there’s room for two different kinds of user error. It’s hard to see the drops come out of the dropper, and using too few could cause a false negative. So could swabbing your nose incorrectly. Unlike the other tests, this one can’t tell if you’ve made a mistake.

And besides the prospect of user error, the test itself has issues with accuracy. BinaxNow is the cheapest test out there, but it’s also the most likely to be wrong, missing about one in seven real infections. Abbott cautions that results “should be treated as presumptive” and “do not rule out SARS-Cov-2.”

But a buyer won’t find the accuracy rate without digging into the fine print. The company also buries a crucial requirement imposed by regulators: to compensate for the lower accuracy, you are supposed to use both tests in the kit, at least 36 hours apart. I doubt a casual buyer will realize that. The two-test requirement is barely mentioned in the instructions.